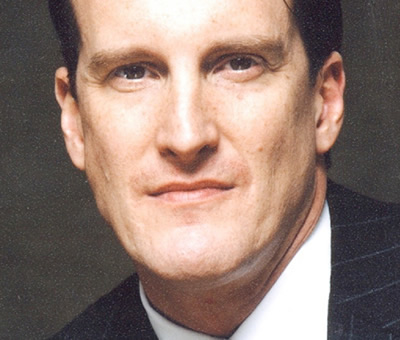 Like many people I dream that one day I will have my own television show.

This is not completely unrealistic. Journalists and TV researchers looking for input to their articles and programmes already call me up. Recent career highlights include an appearance on BBC Breakfast and auditioning for a prime-time quiz show. Sadly, I did not get selected for the latter; perhaps I was not ‘edgy’ enough. But a career in sales has made me impervious to rejection and thus even more determined.

If all else fails, I can always make my own programme. It is now relatively inexpensive to generate your own content and post it on the internet. Many people have done this and gone on to great commercial success. The challenge is getting people first to notice your content, and then, crucially, to pay money for it.

To understand how to do this I went to see a subject matter expert, Andrew Whitaker. His university degree was History and Political Science but he was always drawn to working in television. He started on the lowest rung at NBC doing studio tours, eventually working on some great shows, including Late Night with David Letterman and Saturday Night Live.

This was the perfect apprenticeship, enabling him to decide which particular aspect of television interested him most. He was attracted to a career in sales but NBC could not offer him the right opportunities, so he approached Titan Sports, the parent company of what eventually became World Wrestling Entertainment (WWE).

His first TV job was in television syndication, helping to persuade local channels to take WWE output. He was then involved in the early days of pay-per-view and is now responsible for television, digital, live events and licensing sales as President of Europe, the Middle East and Africa. Today WWE television programming can be seen in more than 130 countries and each year more than 7,500 hours of programming is broadcast in 23 languages all over the world.

I am sure I am not betraying any trade secrets when I explain that WWE is not exactly a competitive Olympic sport. Whitaker describes it neatly as an ‘Action Soap Opera’. The characters are selected very carefully and then perform in some very sophisticated pieces of theatre, which follow simple but multi-layered narrative themes. It is much more complex than a simple battle of good versus evil, otherwise the audiences would soon tire of the spectacle.

What is interesting about WWE from a business perspective is the perfect matching of content with a deep understanding of how to monetise the various channels to the consumer.

WWE is essentially just one property, but is delivered on many different platforms, including retail, live events, home entertainment, video games, pay-per-view and both free-to-air and subscription TV. Each platform feeds and cross-pollinates each other, and the skill is in constantly playing with the various business models, seeing what works and adapting accordingly.

Many entrepreneurs I meet are content-oriented, with a great idea for some engaging video or audio. I explain that they must also have someone on the team who understands precisely who would want to pay for this content and the channels they would use to access it.

Television commissioning editors and Hollywood studios claim to have this all worked out, but I am always reminded of the famous quote by William Goldman, scriptwriter of Butch Cassidy and the Sundance Kid. He was asked how one can tell if a particular script will make a great movie. He replied: “In Hollywood, nobody knows anything”. So your crazy idea for content might not be crazy after all.

My personal quest for knowledge led me to the showpiece of the WWE property, the WWE SmackDown live event at the O2 Arena. Undertaker, Triple H, Big Show, Vladimir Kozlov, The Great Khali, Michelle McCool and many others entered the ring to their own specific theme music and deafening firework displays. The Good Guys suffered near total physical collapse due to the terrible punishment they received, but somehow managed to recover just in time to defeat their enemies.

I completely loved it: the whole crazy spectacle and the consummate skill of some very big people throwing themselves around with abandon, but without injuring themselves or any members of the audience. The place was completely packed and we all left happy.

So now I know exactly how I’m going to get onto TV! I’m off to the gym. I may be some time…

Andrew joined WWE in 1987 to work on domestic television syndication and develop its pay-per-view business. He commenced his career at NBC, working on NBC News, Late Night with David Letterman, The Today Show, Saturday Night Live and The Cosby Show.

World Wrestling Entertainment can be found at www.wwe.com