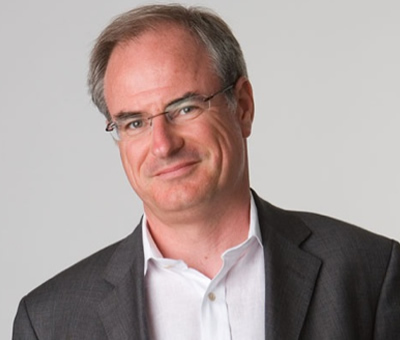 In our Beermat model, when you want to start a business, you go down to a pub, and ask “Where’s the pain?”

The more intense the pain out there, then the more likely people are going to want to pay money to have it taken away. If your idea involves a service, you can quickly build a lifestyle or boutique business, financing the entire enterprise on revenue plus, possibly, a small amount of bank debt.

If you are looking to develop a physical product or more far-reaching service, you will probably require some investment. You will then discover another ‘pain’: yours; the excruciating experience of raising money.

My first tip for anyone raising money is never to attempt this with anyone much younger than you. The bright young spark in front of you may have several business school degrees and a spell at McKinsey and Company under their belt, but they have no experience of starting or building a business.

Some are just too ‘clever’ to have any understanding of your passion for what you are trying to do. Others relish picking holes in your argument and then dismiss you with the sort of sneering arrogance that explains why their parents sent them away to boarding school in the first place.

As an antidote to these ghastly people, I went and had a chat to Simon Clark of Fidelity Ventures, a business funder who actually understands the realities of growing businesses.

After sorting out Reuters’ pre-internet business he built Reuters.com and worked with Reuters Ventures, investing in start-up companies. He later used his finance skills to take public TheStreet.com, an on-line stock broking service. A public floatation is even more painful than raising private equity, so he took a break and then moved to Fidelity Ventures.

Fidelity Ventures typically invest between £5m and £15m, focusing on hi-tech companies, using their experience both as massive users of technology as well as investors in software, consumer systems and communications companies such as Seatwave, Curam, Asset Control and Colt.

I asked Simon what he looked for in a new investment, and he said that the two big questions are: “is the business in a hot area?” and “how good is the team?”

He also said that he, and other capital providers, particularly like working with CEOs with whom they have worked before, whom they know, like and trust. So my best advice for any high technology start-up is to spend as much of your first ‘friends and family’ money as you can on an experienced CEO with excellent contacts in the investment community.

Simon says that much of his time is spent developing relationships with likely CEOs for businesses he funds. At the other end of the process, he also spends time building contacts with those large organisations that might be interested in acquiring those businesses later. He has quarterly meetings with Cisco, who have a track record in buying the best start-ups.

Simon still has a yearning for the good old days of 1995, when a company like Reuters Ventures could easily invest in new companies which didn’t tick the standard financial boxes but looked in some almost indefinable way ‘quite interesting’: even if the investment failed, they would have learnt a lot from the experience.

One such investment was actually named after someone who was a ‘pain’, or rather, as the Dictionary defines it, ‘uncultured, ignorant or stupid, of lower intelligence than you yourself’: a Yahoo.

The word ‘Yahoo’ also has another definition, of course: the cry of triumph you might make when your relatively modest investment turns into serious money.