When to Write a Business Plan 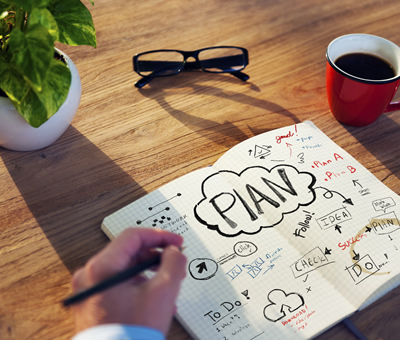 I’m completely the wrong person to write a business plan. They always contain spreadsheets, which remind me of my expenses and bring me out in hives. But, more specifically, business plans are supposed to be well-thought out, rational documents, and as a ‘Hunter’ salesperson, my job was always to be endlessly optimistic, often with a slightly tenuous grasp on reality. It’s the defence we ‘Hunters’ have to daily rejection by hard-nosed customers.

In The Instruction Set (the company I co-founded), there wasn’t much of a problem with our business plans. They were written by sensible people (Peter and David Griffiths), who showed me the revenue projections and told me to beat them, or “we’ll go broke”. I of course totally believed them and worked my sales socks off to beat the numbers.

Fortunately, what we were selling (mainly UNIX training) was very popular, so there wasn’t much of a problem. Also, we were a service business, so the revenue projections were fairly modest, constrained by the number of UNIX ‘gurus’ we could hire at any one time.

In the 90’s I worked with a wide range of different start-ups, several of which were developing software products. This was a completely different situation; these were companies looking for funding, with a definite target of stock market floatation or a trade sale. I found myself dealing with Venture Capitalists for the first time, and found they had many different personal qualities, the chief one being a mature and well-developed hunger for money, sometimes uncharitably called ‘greed’.

This meant I was encouraged to produce revenue forecasts that looked like a hockey stick. Month one: 1 unit; month 6: 10 units; month 12: 100 units. This put some strain on my boundless optimism, but I resolved to beat the numbers if at all humanly possible. Sadly, most times I failed.

What struck me about the business plans at the time was the difference in credibility of the two main elements in the spreadsheets: the cost projections and the revenue projections.

The costs were always 95% accurate; there is much mature data on what it costs to grow a company from three to three hundred – salary costs, the number of computers, desks, stationery items and so on.

The revenue estimates seemed to be the largest sales ever generated by a similar company, divided by two in the interests of conservatism. What was also lacking in the forecast was the understanding that going from sales of 10 units to 100 units would require the hiring of a sales force, and my learning how to manage these people. This is when it really began to go pear-shaped.

Some years after these disasters, I found myself at the height of the dot-com boom working for an ‘incubator’. They were all the rage at the time, and were typically packed with bright-eyed and bushy-tailed business school graduates with more letters after their name than a Rear-Admiral, and a few years’ experience in a blue-chip consultancy like McKinsey’s or PriceWaterhouseCoopers.

They were lots of fun to be around, but I had the sneaking suspicion that none of them had ever worked in a real start-up and that some had never actually done a day’s real work in their lives. They were expert at drawing diagrams on flip charts, with more pyramids than Tutankhamen, and coming up with choice stuff like “synergy”, “push the envelope”, “touch base” “360-degree feedback” and “think outside the box”.

But they did know their way around a business plan, and on a good day we’d receive as many as thirty in the post; all nicely presented, full of market data, with varying amounts of internet-related gobbledygook and a huge pot at the end of the rainbow. Fortunately the dot-com crash ended all this madness and everyone went back to being a consultant.

Well nearly everybody. In 2001 I met up with Chris West and he wrote ‘The Beermat Entrepreneur’ as a reaction to all this insanity: simple ideas put down on a Beermat and tested for revenue potential before you quit your day job or speak to a Venture Capitalist.

And what’s my conclusion from all this? Well, you definitely do need a business plan, but not right away. You need to develop a two-line Elevator Pitch, find a Mentor, and get a First Customer (probably one of your friends) before reaching for the PowerPoint and the spreadsheets.

Once you’ve proven your revenue model (albeit at a rudimentary level), you write up the experience in a White Paper and have a serious discussion about whether you actually enjoyed the experience, and (most importantly) if ‘word of mouth’ has stimulated some significant customer interest outside your circle of chums.

If so, then you can think about writing a proper business plan.