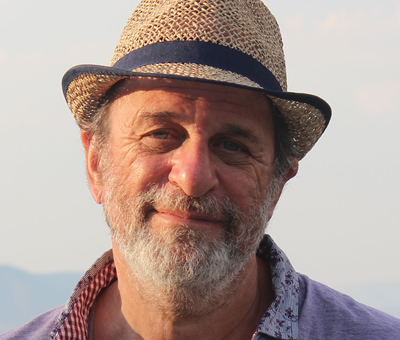 I often provide mentoring for early stage entrepreneurs and it is always fun to discuss new business ideas with enthusiastic people. But I sometimes have to point out that their recent track record of serial failure suggests that their best course of action is to find a proper job, at least for now.

A common reason for people to become entrepreneurs is that they have come to the conclusion that they are essentially unemployable; many have been let go from their last place of work and have resolved that from now on they will only work for themselves.

This argument has merit, but only extends their aspiration as far as being a ‘sole trader’. This requires them to do all three key jobs themselves: delivery, sales and finance. To grow their business they have to learn how to attract and work with a team, as well as developing some leadership skills, fixing the two character flaws that helped terminate their employment last time.

Alternatively, it is very common for successful entrepreneurs to have spent their twenties quietly working for other organisations. Once they reach their thirties, developed their life skills and built a network, they can go for a gap in the market with a higher probability of success.

But entrepreneurs are easily bored, and I have noticed this tends to work in a cycle of seven years. When I mentor entrepreneurs who are successful but still seem unfulfilled for some reason, my suggestion is they consider handing over their business to their staff, taking a break and then looking for a brand new opportunity.

Harry Freedman runs The Career Advice Centre, which helps people find new employment. His business is the perfect bellwether of the careers market; when times are good, he is advising ambitious but bored people on radical career changes. In these hard times, much of his activity is in outplacement, helping often very dispirited people regain their self-esteem and find a new job.

Freedman has written a very timely bookHow to Find a Job in a Recession, which explains his process. He explains that looking for a job in a recession is different: the key is to be proactive, and not just to wait for opportunities. You need to target the right opportunities and then present yourself in the right way.

A basic difference between people is that some will be introvert, and spend most of their time working on their CV, filling it with relevant features, while others are extrovert and will rush off and network. It is important to remember that both tasks need to be done: a brilliant CV which is not actively promoted will just gather dust, and a candidate with an outgoing personality but without the right collateral will be overlooked for the best opportunities.

Freedman works on both aspects, starting with where to look for potential jobs when nothing is being advertised. The key is in personal and online networking; there are many online tools to help raise your profile, another way of describing your personal brand. Most of us now are on social networks, such as LinkedIn which is specifically geared for job-seekers.

Freedman’s book also covers the mechanics of responding to job advertisements, the best way to use recruitment consultants, how to make speculative approaches and the challenge of cold calling. Then it is all about the interview, an area where everyone, especially the most confident, needs significant coaching. An interviewer will be trained to deal with the nervous; an over-enthusiastic interviewee can talk themselves out of an opportunity in a few minutes.

I discussed the seven year cycle with Freedman and he had some additional insights based on people’s ages. He suggests that between twenty-one and twenty-eight, you should try as many things as possible. From twenty-eight to thirty-five, you should make a good ‘fist’ of something. Between thirty-five and forty-two, you might decide to try something different.

Between forty-two and forty-nine you are often at the peak of your powers, while forty-nine to fifty-six represents maturity. Between fifty-six and sixty-three you might want to plan your exit, so from sixty-three onwards you can enjoy your grandchildren.

Once you understand the mechanics of job-hunting and the cycles of life, you might eventually conclude that, in retrospect, that forced career move was the best thing that ever happened to you. As Freedman says in his book, there are still many great opportunities out there; all it requires is a positive mind-set, to understand themselves and then the job market.

How to Get a Job in a Recessionby Harry Freedman is published by Infinite Ideas
The Career Advice Centre can be found at http://www.thecareeradvicecentre.com/