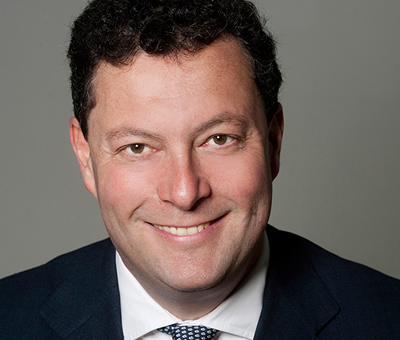 I hear dozens of new business ideas every week, and they all have some merit.

The real challenge is making sure that the entrepreneur has ‘the right stuff’.

This is a theme developed by entrepreneur, coach and NLP trainer Robbie Steinhouse, in his book Think Like an Entrepreneur. It mixes Robbie’s business experience with his knowledge of psychological systems such as Neuro Linguistic Programming (NLP) and Transactional Analysis (TA).

Robbie uses a simple metaphor for entrepreneurship, one that has been popular in storytelling since ancient times: a hero’s journey. Entrepreneurship is seen as a quest that goes through various stages. First, there is a calling, which the hero has to accept.

They then have to pass some real or imagined threshold. They will enlist the help of some guardians with special knowledge or powers before they fight the dreaded demon. Finally, the hero reaches their goal and brings home their rewards to universal acclaim.

Demons come in many forms but not all of them are external. When coaching entrepreneurs, Robbie spends much of his time addressing inner demons. He has encountered many entrepreneurs who have snatched defeat from the jaws of victory.

There is always a psychological reason for this. NLP explains that every negative character trait has a ‘positive intention’ – in other words at some time in the past, the trait was (or appeared to be) of benefit. This benefit must now be detached from the trait and given a realistic, up-to-date alternative expression. The book shows how to do this, as well as including some intriguing examples.

Robbie also has a useful tool called the ‘permission pattern’, which you can use to overcome psychological barriers, which are preventing you from starting your own business. Such barriers are common among people who come from an authoritarian family or tradition, or have spent a long time working for a large organisation where they have been conditioned to take, rather than give orders.

Experienced corporate people also often spend far too much time analysing the market before making the big leap into entrepreneurship. This was the way they did things in their large company, and makes total sense in that environment, but Robbie contends that to establish a new business you have to bypass most of that process and just go out and get a first customer.

This replicates the best behaviour of most successful entrepreneurs who originally got started by simply getting off their backsides and making a sale, even if their products or services were not quite ready. The book contains excellent tools for how to establish rapport quickly in these crucial sales meetings by the clever use of body language and good listening techniques.

Robbie attributes his own success to building a team of ‘guardians’, professional people such as accountants, lawyers and other successful business people who can always spare ten minutes on the phone to help him on his journey. Get Merlin, Gandalf and Yoda on your side!

If you defeat the demon out there – or inside you – you will return in triumph with the fruits of your success. You do not want to end up instead like another character mentioned in the book: Sisyphus. He was cursed with always having to push the same boulder uphill, perhaps the perfect analogy of the corporate job you might be thinking of leaving to run your own business.

A successful serial entrepreneur, Robbie Steinhouse was running his own market stall by his early teens, and also spent time as a drummer in a rock band and travelling the world before building his property and insurance group, Gray’s Inn Estates, into a highly successful enterprise managing over 40,000 properties in the UK.

Robbie now concentrates on the human side of business as a trainer and coach, using tools from NLP, Transactional Analysis and coaching, and works with enterprises ranging from large corporations to solo entrepreneurs.

Think Like an Entrepreneur is published by Prentice Hall

This article is a chapter from ‘This Is How Yoodoo It’ – a collection of Financial Times columns written by Mike Southon.  You can buy this book in hard copy and in Kindle version here: http://tinyurl.com/YoodooBook