The Case of the Clashing Cornerstone 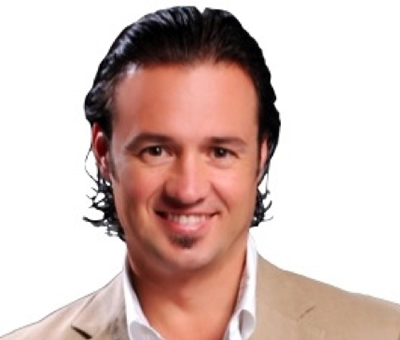 Eric Edmeades is a self-made millionaire and CEO of a computer-based special effects company.

But he started as a ‘cornerstone’ to an entrepreneur. They then fell out, prompting Eric to start his own business – very successfully.

I know exactly how he felt; I’ve been in exactly the same position and witnessed this happen in many other start-ups. This is bad news for the entrepreneur: their ability to grow past sole trader status is entirely dependent on their ability to attract and retain ‘cornerstones’.

‘Cornerstones’ is the special term in the Beermat model to describe the most important people in the start-up business. They complement the entrepreneur’s vision and drive with practical skills, making sure the three main areas – sales, delivery and finance – are covered.

I recommend strongly that, once they have proved their worth, cornerstones be given a stake in the business so they have tangible as well as emotional ‘skin in the game’. Entrepreneurs often find it easy to attract potential cornerstones; the real problem is in retaining them.

The early days in a start-up are characterised by frantic work, euphoria and many, many promises. There are not just promises to customers about delivery and quality but also promises to the cornerstones about future wealth and happiness: bonuses, stock options and even actual shares. These should be documented (the Finance Cornerstone is the person to do this).

Over time, splits in the top team can develop. It takes two to make a dispute, and it’s never entirely the fault of one party. Like any divorce, there will be counter-claims and mud-slinging, with many arguments about money, though this is the symptom of the problem rather than the root cause, the ‘sneeze’ as opposed to the ‘influenza’.

If you talk to the cornerstone, it’s all about the entrepreneur’s unreasonable behaviour, of new people coming in being offered preferential status and better stock options, and a nostalgia for the ‘good old days’ when everyone knew what was going on, and they personally felt more loved and respected than they do now.

If you speak to the entrepreneur, you hear stories of the cornerstone no longer pulling their weight, of not understanding the wider picture and their own pressures ‘at the top’. The cornerstones should understand that things have moved on since those early, simpler days.

First port of call in these cases should be the company’s mentors, typically people who have seen it all before. They can moderate in a dispute between two aggrieved parties, ideally creating a consensus.

If this fails, the only solution is a civilized divorce, ideally with generous terms for the cornerstone, as a mark of respect for the contribution they made in the early stages of the business, when success was by no means assured.

Eric Edmeades’ departure from his company was not like this. Looking back, he actually feels grateful this happened: it spurred him to success. The loser was the person who thought they had won, his old boss. So if you are an entrepreneur, respect your cornerstones and work with them. And if you are a cornerstone who has not been well-treated and has instead been pushed out of the business you helped found, remember the old adage, ‘the best revenge is a happy life’. Eric is an excellent example of that.

Eric Edmeades is the CEO of the Kerner Companies, a spin-off of George Lucas’ Industrial Light and Magic and a world leader in physical effects, models, pyrotechnics and 3D technologies.

Before joining Kerner, Eric founded the ITR Group, an integrator and maintainer of wireless networking and mobile computing technologies. He sold the business in 2005 and became a sought-after international speaker and business consultant. Eric is also passionate about nature conservation, wildlife photography and disaster relief work. www.ericedmeades.com