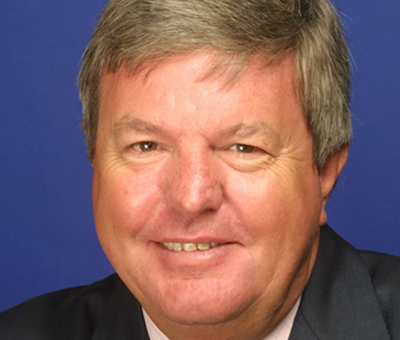 Who is the high-profile individual who would add significant credibility to your offering?

I was talking about London 2012 with Sir Keith Mills, who led the bid team. After a successful career in advertising, he originated the idea of Air Miles, forming the Loyalty Management Group which runs the highly successful Nectar and other customer loyalty programmes.

Then he ran the 2012 bid. He is currently building Team Origin, the UK team for the America’s Cup – one of the world’s oldest sporting competitions, and one that, sadly, Britain has never won. Yet Sir Keith’s bidding experience has many useful lessons for anyone involved in tendering, especially small businesses.

Perhaps the most important lesson is not to get dragged into a bid that you don’t think you can win. There is always euphoria when a company is able to attract their first major tender document; the salesperson thinks all their Christmases have come at once, having already won the bid in their imagination. But often you are just being wheeled in as a stalking-horse. Companies can go bankrupt gearing up for a big pitch which they have little chance of winning.

For the America’s Cup, Keith spent several months researching whether the UK had a realistic chance of winning. Only when he convinced himself this was the case did he put his energies into Team Origin.

With the Olympics, things were slightly different – this was a massive bid where resources were not an issue. But there are still powerful lessons that small business can learn from it.

First is the need to assemble a team behind the bid. What we saw on TV – Lord Coe or Tony Blair shaking hands with delegates – was only the tip of a giant iceberg. A huge team of hand- picked people worked behind the scenes to make the bid work.

The next is to be thorough. The team thought through every eventuality. They got to know all the International Olympic Committee delegates personally, and at the key meeting in Singapore, made sure they had a meeting with each one of them before the voting.

No stone was left unturned, and it was still an incredibly close-run thing – most of the photographers were lined up in front of the Paris delegation as the result was due to be announced, and had to make an unseemly dash across to our team when it actually was.

And make sure that everyone is behind the bid. Just as important as pitching to the IOC was the day-to-day pitching to the local community in Stratford, to ensure that at least 80% wanted the Olympics. This was backed up by the appearance at Singapore of local young people, not just the usual fare of politicians, celebrities and seemingly endless rows of middle-aged chaps in blazers.

The lessons from the above? If you’re responding to a tender, make sure your intelligence and preparation is top class, and also do significant internal selling to make sure everyone in your company is behind the bid (you’ll need this support when times get tough during the delivery phase).

Sir Keith is clearly used to being a winner. He is also a non-executive director at Tottenham Hotspur. As a long-suffering supporter, this fact gives me a glimmer of hope. I’ll give him the same Christmas list as I’m giving Santa: Champions League football every year, plus Ronaldo, Messi and Rooney. Please?

Sir Keith Mills founded Air Miles International and was Chairman of Loyalty Management Group Ltd, the company which owns and manages the Nectar programme in the UK and licenses Air Miles programmes internationally.

Sir Keith was later International President and CEO of London 2012, the company that bid for and won the 2012 Olympic Games. Sir Keith is also a non-executive director of Tottenham Hotspur Plc and is Deputy Lieutenant of Kent. In 2007 Sir Keith announced his intention to lead Team Origin, which will compete for the next America’s Cup Challenge.