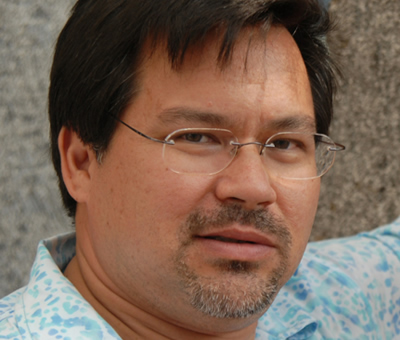 When I’m on holiday, street traders know immediately that I’ll pay way over the odds for their souvenirs.

I leave car showrooms having paid list price. But I’m a salesman, aren’t I? Yes, and I hope a very good one. But I am not a ‘Deal Maker’.

To make sense of this apparent paradox, I went to see Dave Rogers, who honed his own deal-making skills as a banker in Japan and Hong Kong. Dave helped develop the Wealth Dynamics model, which includes a simple psychometric test for entrepreneurs.

In Wealth Dynamics, people are divided into eight different character types, or ‘profiles’. One of these is ‘Star’, a person who is extrovert and intuitive. Great salespeople fall into this category, as do charismatic individuals with great personal brands, like George Foreman or Nigella Lawson. They attract potential opportunities but, if they are wise, hand over to someone else to do the actual deal, as they get bored by detail.

The ideal person to make the best of this opportunity has a ‘Deal Maker’ profile. Deal Makers are extrovert, like Stars, but ‘grounded’, which means that, unlike ‘intuitive’ Stars who tend to be driven by feelings (and to want things yesterday, as my friends keep telling me), they take a longer, more objective view, studying the world around them and making judgements based on what they learn.

Deal Makers are also great ‘people people’. They have wide networks so they can identify the right individuals at the right time to make a deal work.

A good Deal Maker may strike a hard bargain, but the best ones are serially successful: people come back to them to do deals, which would not happen if they ripped people off.

Deal Makers have a natural eye for an opportunity. Examples include Rupert Murdoch and Donald Trump, who are on the lookout for deals in any business area; it does not just have to be in media or property.

Dave explained that Wealth Dynamics also has a model of how deals progress, using the metaphor of the seasons.

A deal begins with a ‘spring’ phase, where new and creative ideas bubble up and participants are full of optimism and enthusiasm. Then it moves to summer, when the energy is all about people and getting them around a table. What is vital at this stage is getting something down on paper that can go back and forth and form the basis of a negotiation.

Then the deal moves into autumn, when intellectual rigour is put into the process. This is when the lawyers and accountants should arrive; bringing them in too early can cause a deal to lose all its energy and grind to a halt. Finally, the deal moves into winter, when everything has been signed and sealed, and the deal is finally systematised. The initial promises are then turned into deliverables.

Above all, a successful Deal Maker is a people person with a great sense of timing. They leverage their network connections to get the right people involved at the right time so that the deal makes sense for everybody. And while a good Deal Maker may strike a hard bargain, the best ones ensure that the deal is always perceived as successful for both parties in the long term, so people will come back to them for the next opportunity.

The Wealth Dynamics model that Dave helped develop is based on Chinese philosophy, especially the I Ching (yijing), which is believed to have been around for over 3,000 years. Some things don’t change.

Born in Canada of mixed Asian and European heritage, Dave Rogers is a skilled ‘Deal Maker’ and expert in entrepreneur coaching. He is author of two books, four audio & video programs and has appeared on radio, television and stage throughout the world.

Dave is the Chief Coach with XL Results Foundation, the Immediate Past President of the Asia Professional Speakers Singapore, and the recipient of the Singapore Spirit of Enterprise Award for Entrepreneurship for 2007. www.daverogers.net