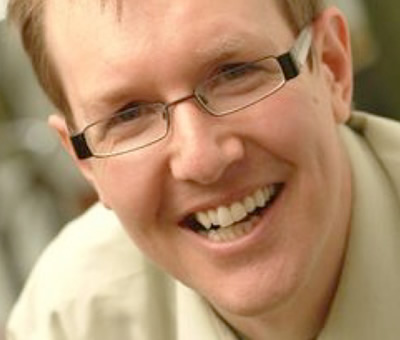 Over a century ago Sir Titus Salt built the village of Saltaire to provide self-contained living space for the workers at his cotton mills.

This is the traditional model of philanthropy: make money and then give it to causes you deem worthy. Today’s social entrepreneurs show a newer approach to ‘good business’.

Social entrepreneurship is a topic that comes up a lot when I speak to young people. There is a definite a change in the zeitgeist, a natural swing from the ‘greed is good’ mentality of the 80s. In the 60s, the idealist took to the streets and espoused left-wing politics; today he or she is much more practical.

One such person is Craig Dearden-Phillips MBE, who has written a book about his experiences, called Your Chance to Change the World: The No-fibbing guide to Social Entrepreneurship. He is the founder of Speaking Up, an organisation that makes sure that people who have no say in their lives, because of their learning difficulties or mental ill health, get heard and involved, especially in finding useful employment.

Craig started his career in the social care sector but found the system, in his own words, “a very expensive way to destroy people’s lives”. Like many an entrepreneur before him, he decided to start his own organisation and do it better. He faced the common challenge of the new start-up: creating enough credibility to start generating revenue, in his case from local authorities and other government sources.

Craig relied on help and support from his mentors and found the right ‘cornerstones’ for his business, but still made a few mistakes along the way, inevitable when you are essentially making it up as you go along, the standard path of the first-time entrepreneur.

But he now has a highly successful enterprise with over 100 people, and has opened up offices around the country. This involved him in winning competitive tenders from local authorities (ask any small business how tough this is). An added complication is that success for him means taking on people as staff who used to be on the books as clients.

It is clear when speaking with Craig that a social enterprise has to be run in exactly the same way as any other business: “This is not the fluffy world that a lot of FT readers will imagine — it’s about taking a serious, business-like approach to urgent social issues.”

He reminds me of his obligation to turn a profit every quarter and of his cast-iron insistence on recruiting and retaining only strong performers, regardless of their disability. Craig talks about having a ‘double bottom line’ in which financial outcomes are measured as carefully as social ones.

The main difference between a true social enterprise and a regular entrepreneurial adventure is that all the profits are ploughed back into the business, forever. So if your ambition is to have a Ferrari and a big house, then social enterprise is not for you. Instead, insists Craig, “there is the sure-fire knowledge that others’ lives are better because of what your company has achieved”.

The book cites a number of social entrepreneurs with similar, compelling motivation. Julie Stokes of Winston’s Wish described “an overwhelming need that felt difficult to ignore.” Owen Jarvis of Aspire Support UK says “it’s the attraction of doing something new, setting your own course whilst doing things you feel passionately about.”

So if ‘giving back’ appeals, but making a pile and leaving it to charity in your will seems too slow, maybe you should follow Craig Dearden-Phillips, become a social entrepreneur and ‘give while you live’.

Craig Dearden-Phillips MBE is a social entrepreneur, author, speaker and ambassador for social business for the UK Government. Craig set up Speaking Up as a 24 year old to help people with disabilities to control their own lives.

Your Chance to Change the World: The No-fibbing Guide to Social Entrepreneurship by Craig Dearden-Phillips MBE is published by The Directory of Social Change www.dsc.org.uk