Small is Beautiful, Leverage is Everything 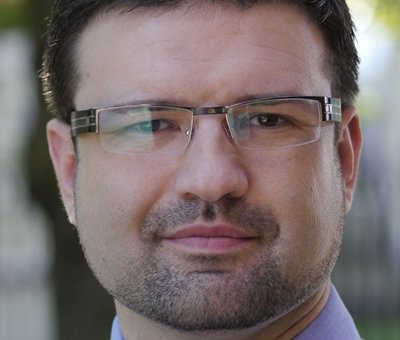 There is frequent debate about the merits or otherwise of membership of the European Union (EU). Whatever economists may argue, optimistic entrepreneurs see membership of the EU as potentially yet another opportunity to grow our businesses and have some fun.

As a professional speaker I lead a peripatetic life, regularly speaking at conferences on mainland Europe. Often, it is a UK conference transplanted to somewhere more agreeable, but my favourite events involve meeting EU entrepreneurs on home territory.

Inevitably, the talk is about how they might bring their new ideas into the UK, and I respond with stories of our entrepreneurs who might be looking for representation in their country and make connections wherever possible.

I have a particular interest in emerging markets in the EU. Recently joined countries have an interesting combination of raw talent, a desire to succeed and the benefit of grants specifically awarded to help them develop ideas and be competitive on the world stage.

I have written before about Estonia, a small country of only 1.5 million people which only became independent from the Soviet Union barely two decades ago. In this time, it has become one of the world’s most internet-savvy countries, a leader in e-government and home to many interesting technology start-ups, the most famous being Skype – now sold to tech heavyweight, Microsoft.

This success has inspired many other Estonians to venture abroad, including Heikki Haldre. If there is an entrepreneurial gene, he has it. His early years were notable for six different attempts at a university degree, with only one successfully completed. His early ventures were an eclectic mix of consulting, property and internet-based logistics.

All these ventures were relatively successful, and he always has an eye for the next opportunity. He knew that if he could find a pain, problem or opportunity, it would be possible to use EU funding to develop a software prototype quickly and inexpensively in Estonia, and later find a way to leverage the idea into a commercial product.

Haldre started Fits.Me, bringing together the previously unconnected worlds of fashion retailing and bio-robotics to develop an online fitting room for consumers unable or unwilling to visit a traditional clothing outlet. It would also be of huge benefit to the online retailers in reducing the number of returns of ill-fitting garments.

The first prototype worked well, and Haldre was then able to find local investors to back the project. As Estonia is a small country, making the right connections with people interested in backing new ideas is relatively straightforward.

The small market for start-up capital also means that Estonian investors tend to have diverse backgrounds. Haldre’s investors include a lawyer, a stockbroker, a restaurateur and a developer of railways, as well as an information technology specialist.

The downside of Estonia’s size is its small internal market, so Haldre soon turned his focus to the UK, specifically to find the next level of investment, to develop his network in the fashion and e-commerce industries and talk to retailers.

The results have been spectacular. Fits.Me won a ‘hottest European technology’ award at the Plugg conference in Brussels, initial trials with German retailers Quelle were a success and the client list now includes Boss, Superdry, Adidas, Mexx, Pink, Boden, QVC, and Jermyn Street shirt makers Hawes and Curtis. As all Estonians understand, start small and local, leverage fast and wide.

Fits.Me can be found at www.fits.me