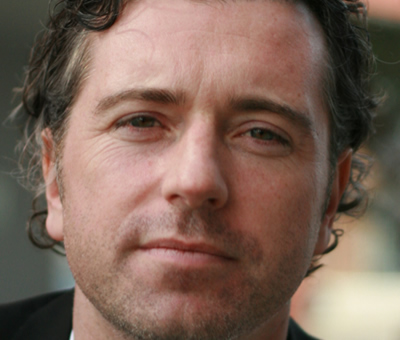 It is hard setting up a new business. It is even harder scaling it up.

This inevitably requires the entrepreneur to hire people better than themselves. This requires both courage and humility. Entrepreneurs usually have plenty of the former, but can be a bit short of the latter.

Anyone starting a business has to be versatile. They have to have enough sales ability to secure some customers; then they have to be able to deliver on their promises, often working long hours; finally, they have to do their own finances.

This can be very hard work and explains why a large number of businesses run out of steam in the first year. But if you are successful, you can then start scaling.

I discussed this process with Spencer Gallagher, who stumbled into web design after a career in clothing retail. He had early success with his company Bluhalo doing simple websites for start- ups; his bright idea was to trawl the database at Companies House for newly registered businesses and offer them a quick ‘get up and running’ service.

Business was good and they were able to expand, so Spencer realised it was time to hire people do the jobs he hated the most. Top of the list was finance.

Spencer approached the job of finding a Finance Cornerstone in exactly the right way. It had to be someone who Spencer liked, and who understood and agreed with the direction he wanted to take Bluhalo. He then told this person that they also had to pay their way as soon as possible, to cover their salary and more with increased profits.

The new financial rigour introduced by this person was not always popular – with the rest of the team, or with Spencer himself, who had to submit to it. The natural mode of the entrepreneur is to say ‘yes’ to members of staff, which can lead to a lax regime for personal expenses. It is very common for a new Finance Cornerstone to attract the nickname ‘Dr No’, but increased awareness of the need to control costs is a natural part of the growing-up process for any small company.

The next expert that Spencer hired was an experienced project manager from IBM. Small companies usually deliver projects by the proverbial ‘seat of the pants’; this works for a small number of customers, but scaling this up is very hard. It requires skills that can only be gained from the successful delivery of large projects, skills most often found in large organisations.

This project manager was again given the specific brief of saving her own salary and more. She used the project management methodology they used at IBM, which turned out not to be as monolithic or inflexible as Spencer had first feared.

This enabled Bluhalo to raise themselves from the hundreds of thousands of companies who offer web design to one of the most successful in the country. Bluhalo now specialise in large sports sites. These have large numbers of visitors looking at increasing amounts of ever-changing content. This requires advanced software development skills as well as expert customer management – all skills that Spencer has brought into the company.

Taking on people like this enables the entrepreneur to back off from management and to spend more time turning the next good idea into a great business, which is what many of us are best at. It is, in a way, a recipe for eternal youth: perhaps the best role model for the aspiring entrepreneur is not Richard Branson or Bill Gates, but Peter Pan.

Like many successful entrepreneurs, Spencer Gallagher left school at 16 with no qualifications. His entrepreneurial spirit built him a successful career until, armed with only £4,500 redundancy, he formed Bluhalo, which was acquired by Gyro International in 1998.