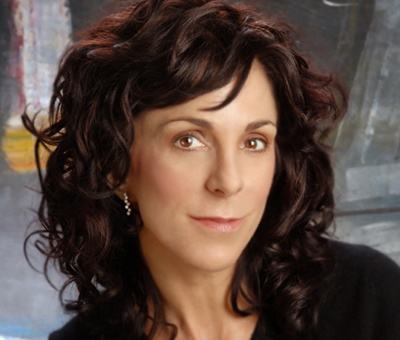 Bored? Unfulfilled? Then why not just re-invent yourself?

Back in the 80s, Christine Comaford and I were both upstarts in the computer industry; I was opening up an office in Boston for my first start-up, The Instruction Set, while she was working as a contractor at Lotus. Who would have thought, all those years ago, that one day we’d both be best-selling authors?

But we are. Christine’s Rules for Renegades is full of expert advice and motivation for entrepreneurs, illustrated by episodes from her own life, including interacting with Bill Gates, Larry Ellison and Hillary Clinton – and a visit to a morgue. One of her key messages is that, as an entrepreneur, you can and should re-invent yourself.

This isn’t very British, is it?

Our attitude to failure seems amazingly negative to me. Americans respect you if you try something but fail, while over here, fail once and you’re banished, laughed at in the street, or worse.

I met recently with a friend whose last company was wound up, owing money. He picked himself up, dusted himself down and used his skills and contacts to develop another business. As soon as he put his head above the parapet, the hate e-mails started, anonymous of course, implying ‘impeding investigations’ and asking why anyone would want to do business with this ‘crook’.

A few months on, the negative e-mails are drying up and he seems to be doing quite well. Of course he feels for his former creditors, but he set out originally with the best intentions, worked his socks off and never did anything illegal. The bank, in its infinite wisdom, decided suddenly to pull the plug…

He’s had to re-invent himself the best he can, and so long as he remains on the right side of the law and does his best, he has my moral support.

Christine admits to making many mistakes – she got mixed up with a false guru, and some ventures failed; she lost several million dollars at one point. But she has also got many things spectacularly right, investing in over 200 start-up businesses, including a small outfit called Google.

Over the years she has founded and sold five of her own companies for an average 700% return on investment. Her group and private mentoring programs at Mighty Ventures enable her clients to regularly triple their value in a year or less. She has now re-invented herself as an author and business mentor, and her book has topped the business best-seller lists in the USA.

I can thoroughly recommend re-inventing yourself; it’s tremendous fun. I’ve variously been a chemical engineer, a computer-training salesman, a spoof rock star, a salesman-for-hire, an author, a professional speaker and now a columnist. I tend to gloss over the adventures that went terribly wrong, of course, but all the gurus that I meet remind me it’s all about the journey, not the destination.

I’m sure many people reading this are thinking about re-inventing themselves as an entrepreneur. The benefits are clear and real, not just dreams: doing something more interesting, being your own boss, generating some serious wealth and making a difference.

Turn your idea into a simple, logical model. Then test this model, getting a small group of people together and looking at the three aspects of the idea: can we deliver the product or service; will it make money if we do; and most crucially, will anyone buy from us in the first place?

The difference between a good idea and a bad idea is that in the former people actually want to buy your ‘stuff’. I worked on three start-ups that went broke, essentially because I was unable to sell the ‘stuff’, however hard I tried. I never really found out if it was my lack of sales skills or the shortcomings of the company; I quickly moved on.

Wise re-invention is usually about taking qualified risks. Can you start quitting your day job or mortgaging your house? If you never even try, you may regret it all of your life. When speaking to groups of entrepreneurs I often quote one of the saddest movie lines of all, from On The Waterfront: “I could have been a contender!”

And if it goes wrong, there’s bound to be a useful lesson (or three) from the experience. One of Christine Comaford’s less successful ideas was for an American geisha service. It failed. “But I did learn how to make a great cup of tea,” she says.

New York Times bestselling author of Rules for Renegades, Christine Comaford has built and sold five of her businesses with an average 700% ROI. She is CEO of Mighty Ventures (a business accelerator which massively increases sales, product offerings and company value). She has helped over 150 entrepreneurs to become millionaires. www.christine.com

This article is a chapter from ‘This Is How Yoodoo It’ – a collection of Financial Times columns written by Mike Southon.  You can buy this book in hard copy and in Kindle version here: http://tinyurl.com/YoodooBook