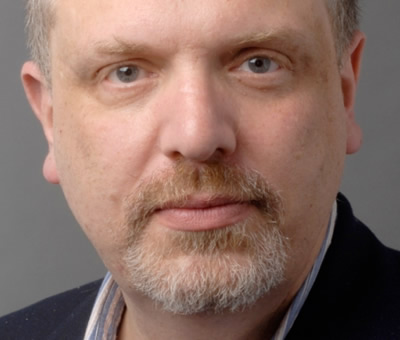 I always thought Keith Haviland had a bright future ahead of him.

Back in 1989, he was one of the shocked faces in the Slug and Lettuce when we announced that we had sold our company, The Instruction Set, to what would soon be part of Cap Gemini Ernst and Young. We had gone in an instant from 150 people on a mission to change the world to being a rather small part of the largest computer services company in Europe.

Some in the audience felt that the large company regime was not for them, and decided to start their own very successful start-ups. Keith decided he was happy within a big, structured organisation, but was soon headhunted to join Accenture.

His first project was working on a computer system for which he had no personal experience. He met that challenge and in a few years was made a partner. Today he runs a global network of delivery centres. He was therefore an obvious choice to find out what it means to deliver very large projects, something that the growing business has to become good at.

All businesses move from ‘premise’ to ‘promise’ fairly swiftly. They tell as many people as possible what they do and promise to do a good job for them. But how do you actually make these promises a reality? I asked Keith what were the keys for success.

It all starts, as you would expect, with people. Accenture hires the very best, and then provides a carefully designed induction programme to turn this raw material into people who really understand what the company is all about and what is expected of them, personally.

This is where fast-growing businesses can stumble in the early days. Everybody in the company offers to hire their friends and former colleagues. Logically this could grow exponentially, but in practice this method of recruitment tends to run out of steam after a while.

So recruitment companies are alerted, and you are soon faced with a large stack of candidates. The principals of the business want to read all the CVs and interview everybody, but this creates an enormous logjam. Keith says you must have a Human Resources Director to sort this out.

Then, it’s all about getting things done. The Human Resources Director will arrange training for managers in leadership and for employees in teamwork. There will be the best project management tools that the business can afford. Everybody will have 6-monthly reviews where both managers and team members discuss, agree and later review objectives on both sides.

When I pressed Keith for an example of a highly successful project, he described not a software development, but a campaign called ‘Five Hundred in Five’, where he set the objective of hiring 500 new people in 5 weeks for a new undertaking.

This was achieved ahead of time and proved highly motivational, thus mirroring the top two components of Maslow’s famous ‘Hierarchy of Needs’: Self Actualisation (solving a difficult problem) and ‘Esteem’ (gaining the respect of others). This last element was reflected in his choice of reward: everyone on the project received a special t-shirt, as well as the usual benefits.

So his people knew that they had delivered successfully: they had been there, done that, and got the t-shirt.

Keith is now responsible for over 70,000 people — something to aspire to when your company passes its 30-person limit and you begin to think ‘do we need more systems?’

On joining Accenture in 1990, Keith led large-scale complex technology programs for clients in a range of industries. Keith founded Accenture’s first Delivery Centres in London in 1994 and in India in 2001 and then became the global lead for the network in 2002. It has now grown to over 40,000 people, with locations in North America, Latin America, Europe, Africa, India, the Philippines and China.

Since February 2009, Keith has also been responsible for Accenture’s Systems Integration business which has over 30 years’ deep SI experience serving more than 70 of the Global 100 organisations. The combined staff of SI and the Delivery Centres amount to approximately 70,000 people.

Keith has a degree in Mathematics and Management Science from Cambridge University and is the author of two books: UNIX Systems Programming and The Digital Lexicon. www.accenture.com