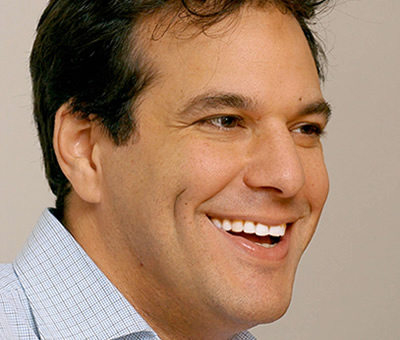 Successful entrepreneurs seem to have an in-built sense of timing.

Nobody illustrates this more perfectly than Brent Hoberman, co-founder of lastminute.com.

He came from an entrepreneurial family, so despite a traditional education and early jobs in management consultancies, he was always looking for that big opportunity. He first thought of lastminute.com many years before its launch, but realised the time was not right and that he lacked the necessary experience.

Learning his trade at internet service provider LineOne and then at internet auction start-up QXL, he finally managed to persuade former co-worker Martha Lane Fox that his idea had some value. They complemented each other nicely; he had the basic idea and an understanding of the necessary technology, she was very well organised and a good people person.

Lastminute.com was based on a simple human need, the desire to do something at the last moment. But it attracted plenty of scepticism, especially from former colleagues, who could find plenty of very sensible reasons why it was not going to work: too new, too radical, and too difficult.

Brent and Martha did what all entrepreneurs do; they ignored the naysayers and got on with building the business. The timing was, of course, perfect. In the dotcom euphoria of 1999-2000, they found themselves able to float their company only 18 months after launch. During the roadshow their valuation went up 67%, and they arrived on the stock market on the exact day that NASDAQ hit its peak, in March 2000.

We all now scoff at the madness of the dotcom bubble, but lastminute.com was a proper business: it grew steadily and profitably before being sold in May 2005 to Sabre Holdings, owner of the Travelocity online travel business.

Brent stayed there for a couple more years, but is now working on a number of new ventures, notably home furniture site mydeco, where he now spends 4 days a week as Executive Chairman. This idea was based on the pain he went through trying to decorate his own house, even though his wife is an experienced interior designer.

The idea passed a few simple sanity checks, for example checking that nobody else was already doing the same thing and speaking to as many people in the industry as possible to see if they also thought it a good idea. But Brent still works on the ‘ignorance is bliss’ method; if you know too much about the potential pitfalls, then you will soon talk yourself out of it.

Brent is lucky: he has significant leverage with people he has made rich in the past, who will be willing to invest significant sums of money in an essentially unproven idea. These people are buying into a dream, but they do so on the basis that Brent not only has business experience and a good team, but also that most essential of entrepreneurial traits, timing.

Brent Hoberman co-founded lastminute.com in April 1998 with Martha Lane Fox and was CEO and took the company to profit and gross bookings of over $2bn.

The company floated in March 2000 when the dot-com bubble was at its peak — the IPO Board Director of Guardian Media Group. From January, 2007 he took on the role of Non-Executive Chairman of Wayn.com — a travel and leisure social network with over 13 million members. Brent is also an angel investor in several internet companies including Viagogo, Wayn.com and moveme.com.