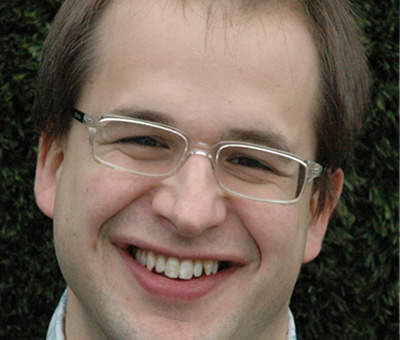 Jamie himself is clearly a natural; I first bumped into him in the mid-90s when he was running an event at his Oxford college and I was touring a 70s show. Most professional bands dread playing Oxbridge May Balls, which are often run by arrogant unprofessional upstarts. He looked after us well and his event ran like clockwork: I thought this young man would go far…

He was quickly snapped up by McKinsey and found himself in Paris working on Häagen-Dazs’ European strategy. After a couple of years he moved to the CBI, as bag-carrier and speech-writer to Adair Turner, the Director-General, followed by an MBA at Harvard Business School. The Internet boom kicked in, and it seemed sensible to start a venture capital firm.

It was a great idea at the time. He would identify the best business plans and help them get funded, on a ‘no raise, no fee’ basis, providing around 25% of the investment. I was certainly sold on the idea and rushed in to help, having been involved in several successful start-ups. We had the time of our life and would probably still be there, had not the dot-com crash spoilt the fun.

We both licked our wounds and moved on. I decided to co-author The Beermat Entrepreneur with Chris West, extolling the virtues of building companies on revenue rather than perceived market valuation. Jamie started lecturing at London Business School, turning his hard experience into valuable learning. He did a case study on Innocent Drinks, and came to the attention of the founders. Naturally, they offered him a job, as Marketing Director. A year later he was UK Managing Director.

It was about 50 people when he joined, but soon grew to 220 people and £100 million turnover. The culture is phenomenal; people at Innocent are ‘on a mission to prove that ethics and business aren’t mutually exclusive’.

I was delighted to see Jamie, a former venture capitalist, now full of natural goodness: “The truth is I have been fascinated by business’s responsibilities since my CBI days. It was really amazing to see a company actually trying to do it from the bottom up, rather than jumping on the bandwagon and saying: ‘to protect our brand we’d better stick on some corporate social responsibility stuff’. Instead, here was a business founded on principles as opposed to purely on a profit motive.”

We then discussed the role of the new management in growing businesses. It’s a common story: keen founders with a mission to change the world have some initial success, then, as the company grows, they realise they need ‘grown-ups’, people with proper management experience, to deal with the inevitable problems. Jamie, as one of these, found himself pitched in at the deep end.

“On my first day as UK Managing Director, one of our batches of strawberry and banana fizzed around a little bit and some of the tops came off. We ended up on a Watchdog programme.”

This problem overcome, he set about putting in place some more structured business processes, closely measuring the success of TV campaigns and making sure some other ‘grown-ups’ were hired, including a Marketing Director from Cereal Partners.

So will Innocent Drinks ever change? Will the original founders sell out, like PJ Smoothies to Pepsi, or Ben and Jerry’s to Unilever? They’ve had offers, of course, but… “The three founders are still young; they still enjoy every day at work. The business is growing, so value is being created. They feel they are making a difference in the world because of what this business does and how it does it. So in their mind, this is what they do: this is their baby, this is their life, this is their career.”

So for now at least, it’s business as usual, with no artificial ingredients: just being natural, entrepreneurial and responsible.

Jamie Mitchell has been starting up, investing in and managing entrepreneurial businesses for the past 10 years, most recently, as UK Managing Director at Innocent Drinks. Prior to Innocent, Jamie was Managing Partner and co-founder of Vesta Group, a venture capital company.

He is a Teaching Fellow in Entrepreneurship at London Business School, has an MBA from Harvard Business School and a BA from Oxford, and past jobs include number crunching at McKinsey and speech writing at the Confederation of British Industry.

In 2008, Jamie was named as a Young Global Leader by the World Economic Forum.

Since this column was published, Innocent Drinks has sold a share of the company to the Coca-Cola Company and Jamie has moved to Daylesford Organic as Chief Executive Officer.