More strength to your ARM 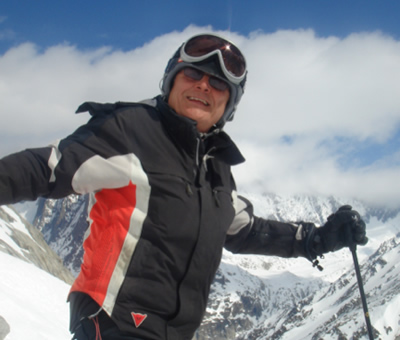 He explained to me that the hardest time for ARM was early on, when the business went from about 30 to 60 people. Demand for their products was booming – and much greater than the resources – so they had to find a lot of people quickly, with the inevitable requirement to train the new arrivals and at the same time deliver to the customers.

His solution: you have to grit your teeth, hire professional managers, and cope with the inevitable exit of a few disgruntled members of staff. Robin hired Warren East, who is now Chief Executive, from Texas Instruments. East put in a clear set of processes and procedures.

It was the end of the old, ‘fun’ start-up and the birth of a proper company. (I reckon that the precise moment when a company goes from a tribe to a corporation is the day a lock appears on the stationery cupboard.)

Seventeen years later, there are more than 1,700 people in ARM and you can find their chip technology everywhere: if you have anything small and digital, it will probably have an ARM product inside. More advanced phones have two or three.

ARM developed a highly successful and scalable business model, based not on shipping products but on delivering technology through licensing and partnership. They design the digital engines, which are licensed to semiconductor companies who then build their own stuff around it.

Every client’s chip is different, but they all use a standard ARM building block. ARM has surreptitiously become the global standard in embedded processors: ARM Partners shipped 2.5 billion chips last year.

If you are as successful as ARM you can of course give something back. Sir Robin has always had this approach: as a student at Liverpool University, he ran events, and bought every block in his hall of residence a washing machine and tumble dryer out of the profits. More recently he has helped set up a management school.

Sir Robin has always been good at spotting opportunities and talent. He started by fixing black and white TV sets for neighbours in the late 1950s. He noticed a particular trend in demand: people really wanted to watch the Queen’s Christmas message and were also willing to pay good money for repairs during the festive period.

After working for Motorola, Henderson Security Systems and European Silicon Structures, he found himself in a pub with 12 engineers – the genesis of ARM. One of them, Tudor Brown, was appointed Head of Engineering. Today he is Chief Operating Officer. Two other engineers had a bit of a surprise: Jamie Urquhart and Mike Muller were told they were going to be in charge of sales and marketing respectively.

Sir Robin saw that Jamie was communicative and personable, a natural salesman, and that Mike had the essence of good marketing, the ability to describe what you have in clear ways that people can understand.

This is a key success factor for an ambitious start-up: getting the delivery people involved in sales and marketing. It is dangerous to have a ‘silo mentality’, where there is no communication between sales and delivery. ARM is clear proof that good engineers can sell. All you need is to be liked, able to listen and able to project. If customers like you, they might very well buy from you.

Today, Sir Robin has just finished his 1-year presidency of the Institution of Engineering and Technology, with a special focus on inspiring schoolchildren to become engineers. He clearly believes in fabricating well-rounded people and feels strongly that engineers are quite capable of getting their heads around marketing and even finance.

Sir Robin Saxby is Chairman of Arolla Partners Ltd. He was founding CEO and Chairman of ARM Holdings plc, retiring in September 2007. He was Managing Director of ES2 Ltd, between 1986 and 1990 and CEO of Henderson Security Systems from 1984 to 1986. His earlier career was at Motorola Semiconductors and in design and development with Rank Bush Murphy and Pye TMC.

He is a Faraday medallist and Hon Fellow of the IET where he served as President from 2006 to 2007 and a Fellow of The Royal Academy of Engineering. He has B Eng from the University of Liverpool, where he is now a visiting professor, Hon D Eng, University of Liverpool, D Tech Loughborough and D U Essex. He served as a Non-Executive Director of Glotel plc and Sirius Communications.