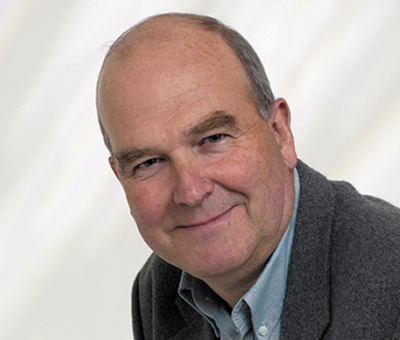 When I run sales workshops I always test the temperature of the audience by asking them about their favourite customer; not necessarily the biggest one, but one that they like on a personal level. This is to help me to get a feel for their business, how they deliver their products and services, and to look at how to replicate their best practices, based on successful customer case studies.

Occasionally some members of the audience look at me blankly and further probing reveals that they actually dislike all of their customers: difficult people, who always seem to be complaining and constantly looking for lower prices.

At this point I feel they are more in need of personal counselling than sales coaching, but do my best to rectify what must be a terrible situation for someone in a small business. In a large organisation you can at least look forward to the paycheque at the end of the month, whereas in a small organisation, the buck stops with you. There is one consolation: in a small company, you are actually allowed to make some mistakes, so long as you rectify them swiftly.

This was an interesting observation made by Richard Richardson, who has seen both sides of the coin. He had a very successful career in advertising, most latterly with Young and Rubicam. His favourite customer was John Barnes at Kentucky Fried Chicken, and they used to spend many hours cooking up new business ideas, just for fun.

But one idea seemed to have some traction: what about the original British fast food- fish and chips? The best-known name, Harry Ramsden’s, was a single large restaurant at Guiseley in Yorkshire, with a few other outlets, differently branded. The owners were looking to sell and Barnes and Richardson saw the opportunity to build a great brand, something they were both passionate about.

Another great double act, they had very complementary skills; Barnes the charismatic ideas man, Richardson the completer/finisher. They shared common values, particularly a love of customers and customer interaction.

They raised some money and then set about building the Harry Ramsden’s brand, but without the large marketing budgets they were both used to. They developed a style which they later captured in their bookMarketing Judo; the idea that you use the opponent’s weight to your advantage, using leverage, rather than brute force.

They kept the team lean but instilled a sense of customer awareness by insisting that everyone in the 25-person head office called at least five unhappy customers every week.

This caused some bemusement amongst their customers, particularly a gentleman in Bournemouth who had filled in a card to complain about some cold chips at their Bournemouth outlet.

He was so surprised to hear from a director of Harry Ramsden’s that he dropped his mobile phone, and then explained that he had just bought a car for £35,000 and had less joy in having problems resolved than for this 70 pence bag of chips. Richardson’s simple phone call also generated significant new income as the gentleman’s wife resolved to take parties of visiting Chinese business people to Harry Ramsden’s.

But Richardson explains that in a small business it is fine to make mistakes, so long as you resolve issues swiftly and personally. He feels that many large companies seem to have an ethos of never admitting failure, which can be disastrous, as customer expectations are increasing all the time.

Once the brand had become established, they decided to grow their business by a franchise model, as it meant that ownership of the brand was closer to the customers; a proven concept delivered by local people. But while the brand can be promoted generally by head office, it is still down to the local entrepreneurs to do what they can, often without much of a marketing budget.

In Marketing Judo, Barnes and Richardson have many tips for doing just this, including extending your offer in interesting ways (the Glasgow branch offered haggis) and providing complementary additional services (arranging coach trips for senior citizens to show off interesting local buildings after a fish supper). They refer to this as ‘getting the crowd on your side’, using emotional leverage rather than just marketing muscle.

If you do this, not only will you grow to love your customers, you will find they will love you right back, and do your marketing for you, by word of mouth.