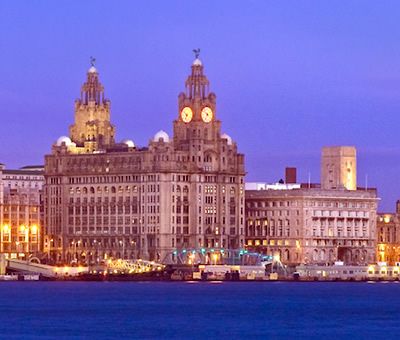 It is good to recharge your ‘spirit battery’ now and then.

I always feel enriched when visiting Westminster Abbey. Recently, however, I returned from a pilgrimage to my first spiritual home, Liverpool.

I have always had a deep affection for the area; my first job after leaving university was as a construction engineer, based in Widnes. It was always a thrill to sit on the town’s station platform (where Paul Simon wrote Homeward Bound) and to take the short trip to the hallowed stomping grounds of my great musical heroes, The Beatles.

What really struck me then about Liverpool was not so much the place itself as the people. They were uniformly open and hugely welcoming to a stranger in their midst, despite my being a slightly confused ex-public schoolboy, ostensibly from the better side of the tracks.

In the 1980s, Liverpool went through a period of trauma. The Toxteth riots were followed by the Hillsborough disaster, which left a sad legacy and still results in lingering prejudices from outsiders. Now, however, it is completely transformed and almost unrecognisable from those dark days.

The city is well laid-out, airy and clean; it has carefully preserved the best of its heritage while simultaneously developing new attractions, such as the Liverpool One shopping centre, which connects the city centre to the formerly grim Pier Head waterfront area. But the chief asset of the city still remains the people who live and work there.

Sir Paul McCartney explains the nature and attraction of the region perfectly in the documentary The Beatles Anthology. Liverpool covers a relatively small area, about ten square miles, but has its own distinct dialect and culture as well as a deep sense of civic pride. Every taxi driver is an ambassador for the city; most people you meet serving in hotels and bars are locals and fiercely proud of their home.

Getting to Liverpool has greatly improved since my first trips there. It may be popular to criticise Virgin Trains, but my train was clean and well appointed, the journey time only just over 2 hours, and my off-peak return tickets booked online cost only £35.

I felt compelled to book into The Hard Day’s Night Hotel. Its Beatles theme isn’t tacky: it’s a delightful boutique hotel, reminiscent of the Hotel du Vin and Malmaison chains. It has a perfect location for Beatles’ enthusiasts, on the corner of Mathew Street, home to the now rebuilt Cavern Club.

The fruits of the £4bn or so of the mostly private investment include the expansion of Liverpool John Lennon, now the UK’s fastest growing regional airport, ACC Liverpool which houses the BT Convention Centre, and the Echo Arena, capable of seating over 10,000 concert goers.

The city is home to an increasing number of pharmaceuticals and biotechnology companies, such as Eli Lily, Novartis and Astra Zeneca, who have access to leading-edge life sciences research and development in local universities.

Other recent inward investors include shipping giant Maersk (headquarters relocation), Prinovis, who invested in a £130m gravure printing plant in Speke to produce large volumes of high-quality publications and catalogues, and stockbroker Panmure Gordon, who recently opened their first regional office at Rumford Investments in Chapel Street, near where Beatles manager Brian Epstein once had his NEMS record store.

Liverpool Vision is particularly focused on attracting the creative and media industries.

I promised to return to Liverpool and to counter any lingering doubts about its merits by writing about its new generation of very successful entrepreneurs. If you are looking to relocate your business to a thriving and optimistic city, with a family atmosphere and highly skilled local work force, Liverpool has to be high on your list.

Of course, any business decision should be based on compelling benefits, carefully considered. My suggestion would be to present the business logic first, and then play your hard-nosed decision makers the Beatles tracks In My Life, Strawberry Fields Forever and Penny Lane.

If they don’t get it then, they never will.