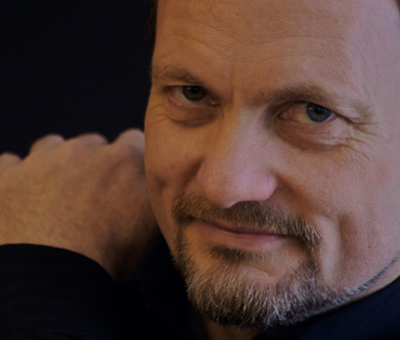 Paul Bridle has made a long study of leadership in effective organisations: what actually works and what doesn’t.

Sadly for David Brent and other would-be office comedians, ‘a sense of humour’ does not feature highly in the list of what people seek in a leader.

Instead, Paul has found out that what people look for most is a vision, a clear statement of where the organisation is going. This is relatively easy for most politicians; there are manifesto promises carefully thought out in advance of the campaign, even if they may have to be modified later.

The second quality is that team members know exactly where they stand with the leader. This is a common problem for entrepreneurs as their company grows. The early people are fundamental in the design and execution of the original vision.

As the numbers of staff increase, new employees can become ‘flavour of the month’, much to the distress of the original cornerstones. The entrepreneur having mood swings as their responsibilities and stress increase can aggravate this fickleness.

Paul explains that successful leadership is not about leaders making sure that people like them, but they do need to be open and predictable in their behaviour. They should treat staff – and customers – in the way they would like to be treated themselves.

Employees should feel valued and that their achievements are recognised. There are many ways to do this, including a monthly company get-together with awards for the best-performing people. I have always felt that the most interesting company award is for ‘unsung hero’, someone who has over-delivered even though they are out of the limelight.

Willingness to learn is a third key leadership attribute. Some people are great natural leaders, but even for them, there are always best practices to learn from other people’s experiences. The wise leader realises that they are a never-ending journey of continuous personal development, and arranges regular training for themselves.

Finally, Paul mentions the most difficult facet of successful leadership: the ability to let go. It starts with hiring people cleverer than you and then moves onto handing over completely when the time is right. This is an area that many entrepreneurs find difficult, even ones who in theory have thought out a clear ‘exit strategy’.

In politics, exits are almost always painful, as Margaret Thatcher and Gordon Brown have found. Let’s hope that Boris Johnson makes a great Mayor of London, with a clear vision and staff and constituents who know where they stand. He should be a man of the people who recognises achievements in others, but who is always willing to learn. And when his time finally comes, let us hope he is able to make a dignified and orderly exit.

Paul Bridle is a Leadership Methodologist. For nearly two decades he has researched effective organisations and the people that lead them. As a result of his work he has been voted 12th in the Top 30 Most Influential Leadership Gurus in the World in 2007 & 2008.

As a result of his research around the world, he is called upon to assist both private as well as public organisations by acting as an advisor or consultant on a range of projects relating to management and leadership issues or development.

Paul spends approximately 25% of his year carrying out research into effective organisations and the people that lead them. He is the author of two books and writes articles for magazines and journals around the world. www.paulbridle.com