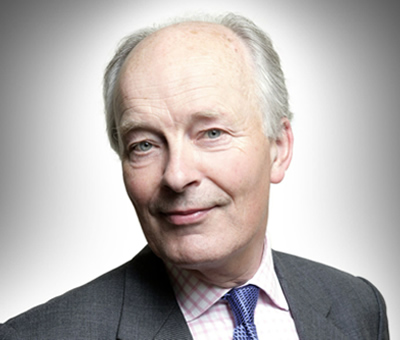 Sound advice indeed, and I’m writing it down carefully as I’m talking to Sir Philip Trousdell, formerly director of the multinational NATO force in Bosnia and commander of the operation in Northern Ireland. He’s telling me about his take on leadership, Army-style.

Like many very senior military figures, Sir Philip has a keen intellect, urbane charm and dry wit, but underneath you sense someone with a very refined sense of purpose, who doesn’t suffer fools gladly.

He makes a clear distinction between management, which he says is about getting everything organised properly, and leadership, which is about taking people further than they think they can go. He bases his views on leadership on the classic Army experience: every 3 years or so, you’re pitched into a new command. As well as the jobs I’ve already listed, he was also director of public relations for the Army and commanded 48th Gurkha Brigade in Hong Kong.

In one job, he had to deal with the tabloid press, and in the other he managed a highly multi-cultural environment, two challenges that would terrify even the best-prepared chief executive.

It all started for him at the Royal Military Academy, Sandhurst, in the ’60s. Even then, the Academy was in the forefront of psychometric training, which Sir Philip says was ‘pretty accurate’, using the technique to select the next batch of officers.

The training was backed up by very structured interviewing (‘you have to eyeball them over the table’), and followed by academic study featuring one of the best history libraries in the world, and ‘a significant time running around in the mud’.

He tells me that while at the Sovereign’s Parade you see people who look absolutely identical in their uniform and behave identically on the drill square, “actually that’s not what we select them for. We select them for their ability to think their way through a situation.”

Then these fledgling leaders get their first command, in his case a platoon of 30 men in the middle of the Libyan Desert. It is at this point that all young officers learn an important lesson: however strong a leader they think they are, the unit is actually run by the Sergeant Major. Hence the first two of Sir Philip’s key leadership skills, the ability to ask good questions and to listen to the replies.

Back in the ’90s, I remember everyone becoming very excited by ‘upwards appraisal’, where you review your boss. Today, ‘360 degree reviews’ are much vaunted. It seems the Army has always been ahead of the game.

Sir Philip says: “People often say about the Army, that you only ever get reported on by your superiors. But if you go and have dinner in the Sergeant’s mess then you had better leave your pompousness at the door and put on your humility hat because, very kindly and politely, these guys, who may be 4 or 5 years older than you, tell you exactly how it’s working.”

“If you listen to them, they tell you a huge amount. But if you aren’t listening hard then you miss it. Particularly if you are not in a position to read their body language as well – that’s a really hard lesson to learn.”

Finally, you need to make your decisions and explain them clearly.

“Communication is an absolute skill. If you can’t communicate I don’t think you should be in the leadership business,” he says.

“You need to be able to articulate unambiguously and clearly to the people who are going to implement the decision, so that they have no doubts about what’s going on.”

“And then you need to start wearing out the shoe leather, going around all the levels of your organisation, explaining where they fit in, what their part is in this great scheme that you’ve dreamt up, so that they not only understand what’s required but also have the chance to ask you questions.”

So there is leadership, Army-style: ‘question’, ‘listen’ and ‘communicate’. If you’re having leadership problems in your new, growing organisation, learn from one that has hundreds of years’ experience and go back to basics for some training in these simple but essential life skills.

Sir Philip Trousdell left the Army as a member of the Army Board in 2005. His second career has focussed on leadership development. He has been the Chairman of an IT development company, worked in international pharmaceuticals and is currently Chairman of Corporate Battlefields which uses military leadership and management experience to enhance corporate effectiveness.