Is The Boss Always Right? 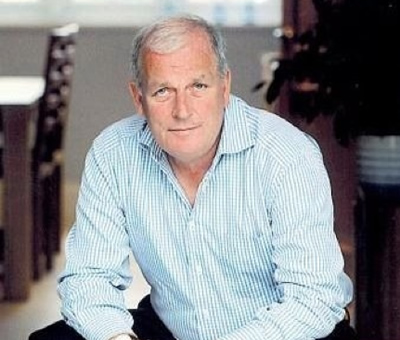 One attribute that well describes many entrepreneurs is ‘being right about everything’, a delicate mix of supreme confidence and impossible arrogance.

This is another way of describing the important prerequisite for anyone starting a new business: the need for total self-belief. However good your idea, there are always plenty of people who will question your ability to deliver: this quite rightly enrages entrepreneurs, as it is always much easier to pick holes in a new business idea than actually to get off your backside and start a company.

But another key entrepreneur attribute is ‘not seeing the wood for the trees’; common sense and perspective can go out of the window in the white heat of enthusiasm for a new venture.

In The Beermat Entrepreneur I stressed the need for the entrepreneur to listen to the good advice of mentors, to delegate key tasks to top-quality ‘cornerstones’ and then not interfere unnecessarily. The best entrepreneurs realise this, and hire people at least as effective and opinionated as themselves. This can be a volatile combination.

Step forward Kelvin MacKenzie, former editor of The Sun, who worked closely with Rupert Murdoch, one of the world’s most successful entrepreneurs.

It is difficult to imagine a higher-pressure job than editing a Fleet Street tabloid, having to both satisfy a highly motivated proprietor and entertain and inform a large readership on a daily basis, with the government of the day in the middle somewhere eager to rope you into their agenda.

Of course, it was not all plain sailing. Kelvin told me the story of having to send a fax to Rupert Murdoch explaining that they had finally looked at all the evidence and they would indeed have to pay Elton John’s lawyers £1million.

This resulted in an industrial-strength 20-minute phone call from the proprietor, leaving the editor wondering why he had not been fired. (The reason was that Murdoch clearly felt Kelvin was still the right man for the job, despite this particular slip-up.)

Cornerstones know they will inevitably have to stand up to the entrepreneur sooner or later. The entrepreneur should have the wisdom to accept this confrontation, judge it on its merits, and, when appropriate, take the advice on board, for the greater good of the business. The experienced cornerstone also knows to take it in good grace when their good idea is later claimed by the entrepreneur as their own.

Large companies pack their boards with experienced non-executive directors to add a wider perspective and, if necessary, mediate between the Chief Executive and their operational team. In smaller companies egos can take over, resulting in a spiral of confrontation and counter-claims, which can be very destructive, if not actually fatal, to the enterprise.

Everyone working for a powerful entrepreneur has an array of colourful anecdotes to share with family and friends.

A typical audience response is to query why they still work for such an irrational martinet, with an underlying suspicion that perhaps they do it because they actually secretly enjoy the mood swings and abuse.

My experience is that cornerstones work for entrepreneurs because they find them inspiring. Kelvin was inspired by Rupert Murdoch to become an entrepreneur himself. After leaving The Sun, he had mixed success with L!veTV, but later turned around Talk Radio which was eventually sold for a tidy sum.

Today Kelvin is working on his next entrepreneurial venture but remains a columnist at his spiritual home, The Sun. He considers he always understood the views and aspirations of the typical Sun reader and still clearly enjoys giving voice to them; a recent column resulted in thousands of e-mails suggesting he should be Prime Minister.

Kelvin Mackenzie was editor of The Sun from 1981 to 1994. He then joined BSkyB, followed by three years as MD of L!ve TV. He went on to found Talksport, the commercial radio station. Today he writes a weekly column for The Sun and is chairman of a video technology business.