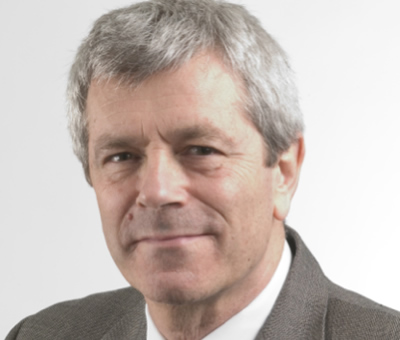 The biggest challenge that any of us can face is not in the workplace, but at home: parenthood.

Suddenly, there is a noisy little bundle of joy who demands our total commitment and unconditional love, 24 hours a day, 7 days a week.

The challenge of starting a business is a close second, with eager anticipation followed by many sleepless nights and much metaphorical nappy changing. But just as a sensible new parent gets help from experienced family members and other experts, a wise entrepreneur seeks the advice of their mentors and even engages a business coach.

Nowadays, there is no stigma in hiring a business coach; the top sports people are coached every day as they are always looking for that extra edge in their very competitive environment, so why shouldn’t business people be?

Even the simplest coaching can produce immediate results. Typical first tasks for an entrepreneur include setting realistic objectives and then putting them in some kind of order of priority – separating the wood from the trees. But the underlying reasons for a lack of perspective or poor performance may involve deeper issues which need to be to be examined further, which is where the coach’s skill really comes to the fore.

Stephen Schneider has considerable experience in human resources, working at board level in several public companies and with Henley Management College, before starting CPS Ltd in 1996. His company provides coaching and mentoring for senior executives who suddenly find themselves out of their depth.

The challenges people face in a new role appear to be about new tasks, but Stephen explains that fundamentally the problems are about the person themselves and how well they are psychologically equipped to deal with their new responsibilities.

A common problem is dealing with a strong authority figure. This is aggravated if the new taker of responsibility has had issues with their own parents, who may have died when they were young or have been largely absent when they were growing up.

Stephen also talks of ‘envy pre-emption’, when a client finds themselves under-achieving through feelings of guilt at out-shining their parents. They may be the first in their family to go to university, or feel uncomfortable that they have higher earnings and better opportunities than their parents.

This can lead to a lack of willingness to perform to their maximum potential if they find themselves confronted by a strong character in the boardroom, despite excellent credentials for getting there in the first place.

Another problem can be an authoritarian style. Despite the liberal tone of much HR material, this can work well in some management roles. It does not work well when someone joins a board, which is an essentially collaborative entity.

A good board member has to show expertise in advocacy, which Stephen defines as being the ability to hear all the evidence, come to sensible conclusions and then provide clear recommendations.

The techniques that Stephen and his colleagues use to address the challenges of joining a boardroom are just as important for a small business. All entrepreneurs should consider asking for professional help, especially when the company itself crosses that line between a ‘start-up’ (a ‘sapling’, in our Beermat terminology) and a fully-fledged company.

In The Beermat Entrepreneur, I said this happens when the firm consists of around 20 or so people: Stephen is much more specific – the magic number is 32.

Entrepreneurs are usually complex and driven people, and this is often due to their having had issues with their parents. So it is ironic that when these entrepreneurs become successful they suddenly find themselves in loco parentis, acting as a mother or father figure to their members of staff, who can be more demanding than real children at times.

If this irony becomes too painful, coaching can make a real difference. The message is clear: you should never be too proud to ask for help.

Since founding CPS in 1996, Stephen Schneider has built a reputation as a mentor and coach to boardroom directors and senior executives of some of the country’s leading organisations

Drawing on his extensive business career, his experience of psychoanalysis and his work with the Tavistock Institute and Henley Management College, Stephen has created an organisation that offers clients access to some of the UK’s most experienced practitioners from the worlds of business and psychology.

Stephen’s corporate background includes senior executive roles in ENSERCH Corporation of Dallas and Higgs & Hill where he was a member of the plc board. Today, as a member of Henley’s Associate Faculty, he continues to facilitate groups regularly on their highly acclaimed experiential programme, Developing Leaders, and contributes regular articles and interviews on leadership and boardroom development to professional journals, the national press and radio. www.cps-ltd.co.uk