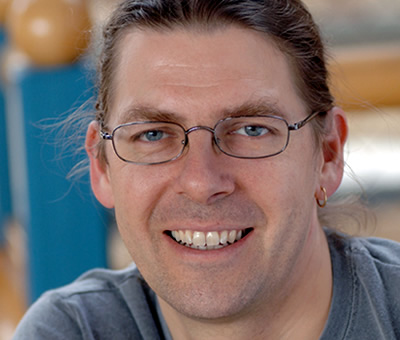 It is common for successful entrepreneurs, once they have made a successful exit from their businesses, to support charities and mentor young people.

Alex van Someren found an even more interesting way of ‘giving back’.

Alex’s career started when he was 14 and wrote off to the local computer company Acorn saying how much he liked their product. They sent back an encouraging reply, but probably didn’t expect him to turn up on their doorstep on the first day of his holidays.

Hermann Hauser gave him a computer to play with, and Alex returned the next day with a cassette tape of a Star Trek game ported from a Commodore 64. No work was done at Acorn that day while everyone played the game, and his future career path was set.

His father probably had different plans for him; a successful entrepreneur with his own line of biofeedback machines, he sent his son to Eton. But despite mixing with the likes of David Cameron and Boris Johnson, the young van Someren decided that university or even A-Levels were not for him. Instead, he secured a job at Acorn, working on the BBC Micro for a couple of years.

He then realised that there were plenty of development projects for good programmers. He designed the first electronic version of the Autocue, and later realised that there was a relatively simple way to speed up the chip in the Acorn computer for a relatively modest £99. Subsequent projects included an Ethernet networking card and a way of putting an Intel chip in the Acorn computer, allowing it to run PC applications.

In each case his business model was very straightforward: find a successful product and develop a simple way of enhancing it before the manufacturer worked out how to do it themselves. This required fast prototyping, simple manufacture and well-developed channels to sell the products directly to the end-users.

It also required the understanding that this was a 2-year window of opportunity, and the most important tasks were to hire the right management and to bow out gracefully at the right time, moving on to the next idea. In between ventures, Alex also looked for service revenue, such as training, to tide him over the lean times.

This model served him very well, and he eventually found what turned out to be ‘the big one’. With the rise of the internet came the rise of e-commerce. But many people were concerned about the security issues of online payment. Your credit card details had to be encrypted at your end, and decrypted at the other end.

We are all now used to seeing a little padlock appear at the bottom of our web browser, but data encryption requires significant processing at the supplier end so that people do not get stuck in a queue, lose interest and depart before the transaction is complete.

Alex developed a neat and cheap solution to this pain, and then found a first customer, a share-trading company keen to avoid buying dozens of expensive servers. In 2000, his company nCipher floated successfully on the London Stock Exchange.

Alex handed over to the management last year. He is now giving back, regularly shaking down his high net worth chums for The Prince’s Trust and providing mentoring as Entrepreneur in Residence at the Judge Business School in Cambridge.

He also managed to ‘give something back’ in a more unconventional way. nCipher raised £100 million and spent a proportion of that on interesting acquisitions and on developing the company. But they eventually decided that spending the rest of the money, around £65 million, just for the sake of it was unnecessary and wasteful, so they gave it back to the investors.

While social enterprise and corporate social responsibility are all the rage nowadays, you could follow Alex van Someren’s example and spare a thought for an especially worthy group: your shareholders.

Alex van Someren grew up near Cambridge, became involved with local firm Acorn Computers as a young teenager, leaving school at 17 to join the company. In 1996 he co-founded nCipher, with venture capital backing, to develop internet security products using cryptography.

nCipher plc was listed on the London Stock Exchange in 2000 and was subsequently sold to Thales SA in 2008. After woprking as a Dealmaker for the UK Trade and Investment Global Entrepreneur Programme, he has recently joined Amadeus Capital as a Partner.

He still lives in Cambridge with his wife and three children, where he is an active member of the local entrepreneurial community.