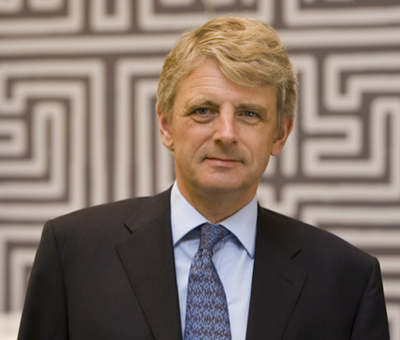 One of the most common questions in my inbox is “how do I get funding for my new business?”

Of course it all depends on exactly what type of business you are running and where you are located. In certain parts of the UK there are considerable government grants or interest-free loans available. And there are always ‘business angels’ (more on these later!). However, my view is that by far the best way to fund a business is through revenue.

Any service-based business should be able to do this; if you find a problem and solve it, then someone will pay you, ideally with money up front.

If you cannot negotiate such advantageous terms, look for a bank manager who is impressed by your business idea, your team and – this is the key – your already burgeoning order book. You should then be able to fund your business through a bank loan without putting your house on the line.

For companies with physical products rather than services, it’s not as easy. Product development typically requires investment in machinery, stock and other expensive items, and this usually involves external investment and the entrepreneur losing much of their precious equity in the process.

But even with product companies, smart deal-making can get around the funding problem. A great example of how to do it was demonstrated by Harold Goddijn and the satellite navigation company TomTom,

Bill Clinton very kindly opened up the ultra-secret US satellite system, allowing anyone to find out where they were via GPS (Global Positioning System). This created a buzz around ‘location-based services’, supposedly the next ‘killer application’ for personal organisers and mobile phones.

Once you knew where you were, you could potentially use these devices to find a great deal in a local restaurant, network with any chums nearby or access a constantly updated guide to the area.

Sadly, most of the early applications of location-based services turned out to be ahead of their time, but Harold and his team had a vision of a reasonably priced, easy-to-use consumer device in your vehicle, which would get you where you wanted to go.

TomTom’s success depended on striking two important deals. First, they needed a set of content-rich digital maps, so began negotiations with the small number of people who owned these very complex and expensive pieces of intellectual property. A deal was struck with Tele Atlas, involving a mutually beneficial revenue model based on the promise of large numbers of units that would be shipped if the price per map was kept reasonable.

The second deal was between TomTom and their retailers. Many industries, particularly in the IT world, have a complex set of channels including master distributors, value-added resellers, standard distributors and dealers.

This means that a product might be handed down this chain through several pairs of hands, each of which takes a margin. This erodes profit, can confuse end-users and often leads to ‘channel conflicts’ where different people in the chain are fighting over the same piece of business.

TomTom decided to strike deals directly with retailers like PC World and Halfords, cutting out the intermediaries and making sure that margins remained viable and that the consumer could buy a reasonably-priced product.

These deals meant they were able to grow their company through revenue, and just before they floated on the stock market in Amsterdam in 2005 they still owned 100% of the equity.

Harold and his team have used the floatation money wisely, making strategic acquisitions and growing the company to over 1,600 people. They have consistently refined their business model, keeping in-house core activities such as hardware and software development while outsourcing hardware manufacture, manufacturing logistics and distribution.

Satellite navigation is an apt metaphor for any business, even if it is not as successful or high- tech as TomTom. Business is essentially simple; it is just about knowing where you are and where you want to get to. And if you do smart deals, you may not even have to borrow the money to get there.

Harold Goddijn studied Economics at Amsterdam University and started his career with a venture capital firm. He then founded Psion Netherlands BV in 1989, as a joint venture with Psion Plc, and in 1991 co-founded TomTom with Peter-Frans Pauwels and Pieter Geelen.

He continued to lead Psion Netherlands BV, developing it into a key European distributor for Psion. In 1998, he was appointed Managing Director of Psion Computers and served on the Board of Psion Plc from 1998 to 1999.

Harold was appointed Chief Executive Officer of TomTom in 2001. www.tomtom.com