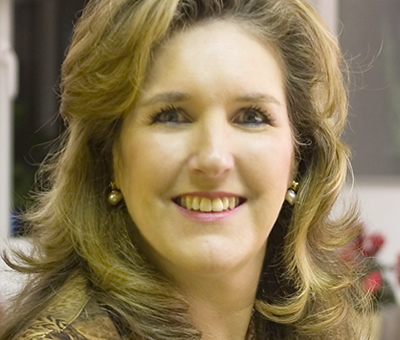 It is much easier these days to sell our services abroad.

The main problem is that ‘abroad’ can have many different ways of doing business.

For example, I had to understand before I went on a recent speaking tour that the three Baltic states are three very dissimilar places, as different as Germany, Spain and the UK. Lithuania is a county with strong historical connections to Poland, while Estonia is more like Finland. Latvia, in the middle, has a troubled but strong link to Russia.

I needed to learn more, so I met with Dr Debbie Swallow from 4C International. Debbie studied Spanish and worked as a translator, but later applied for a job with a consultancy company based in Finland.

At her interview for this, she was bemused by the lack of questions and thus rather surprised to be offered the position. It was later explained to her that Finnish people do not ask questions; they assume that if you have important information, it will be included in the presentation.

Debbie now gives specialist advice on cross-cultural issues. For British people she wrote a book on Finnish customs and etiquette called Culture Shock! Finland. For Finns who want to do business abroad, she wrote Make More Sales with Better Presentations, looking at the cultural hurdles they might face, including the issue that most Finns are suspicious of people who talk too much. This can be quite a hurdle for salespeople and professional speakers.

In Estonia, I took Debbie’s advice and started my presentation by asking the audience questions. This went down well: once I had listened to them a bit, they were prepared to listen to my talk.

A key difference between cultures is the question of the relative stress placed on the individual or the organisation. In Anglo-Saxon cultures, the individual is most important, and business is typically arranged around the need to provide controls against bad behaviour, using lawyers and contracts.

In the Far East, to put oneself first is seen as immature; the needs of the group are paramount and reputation is everything. Debbie gives the example of a British speaker asking a Singaporean audience if anyone had made a particular mistake in business.

There was complete silence; no one wanted to admit to weakness. When the speaker changed the language slightly to ask, “who has made a particular mistake in business, like me”, the audience warmed to the concept of a collective learning experience and didn’t want the speaker, now one of them, to lose face.

By the time I got to Tokyo, I had clearly demonstrated my immaturity and ignorance, especially when confronted with teams of negotiators who all said ‘yes’ to everything but then proceeded to re-negotiate everything the next day, from scratch. By the end of the week I had given everything away. I now know to ask for expert advice and in-depth local support before getting on a plane.

On a more upbeat note, Debbie recently worked in Malawi where they have no concept of win:lose — they are only familiar with win:win. Their way of business is to give as much as they can up-front, expecting reciprocation, a technique which I have personally observed works very well, especially in social entrepreneurship.

Dr Debbie Swallow works with entrepreneurs both at home and abroad to expand their businesses into foreign markets. She brings a locally-specific understanding of markets and people to international deals so you can gain early successes, increase profits and make quicker returns on your international trading. www.4Cinternational.com