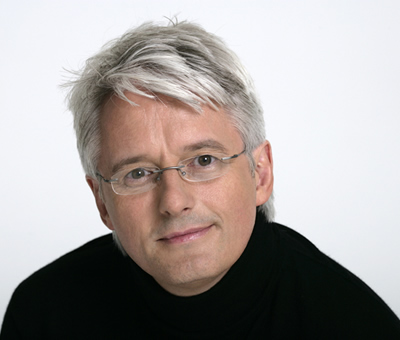 A recent programme involved the Opposition accusing the Government of being responsible for our recent economic woes, and the PM accusing the opposition of being the ‘do nothing’ party.

But the more I hear this second accusation, the more I wonder if it is really an accusation at all. Couldn’t doing nothing be something of vote-winner? Entrepreneurs certainly want the government to ‘do nothing’, or rather to leave us alone.

Sooner or later the banks will start lending freely again, either forced by their new masters, or if still privately owned, in response to market demand. Those of us who know how to use debt sensibly are ready to use this to create growth in the economy.

The main thing holding us back is the excessive regulation we face as soon as we put our heads above the parapet. Employment regulations are complicated and punitive. My e-mailbox is full of complaints from people with business premises, complaining about visits from representatives from their local authority threatening them with punitive fines on what they consider to be spurious health and safety or environmental grounds. (To add insult to injury, they notice that all these busy-bodies are on fat salaries and index-linked pensions.)

A second disincentive from government is the level of specific business taxation, such as business rates, and the National Insurance surcharges we face the moment we do what the government wants us to do, which is to start employing people.

Income tax, which the media make such a ballyhoo about, is much less of an issue: we want the chance to earn the money, fair and square, after which many of us are happy to pay a reasonable level of income tax, as long as corporate and government employees face the same regime. We understand that schools, police, defence, roads, hospitals etc aren’t provided by Santa Claus.

We would love to see the UK designated as an Enterprise Zone, with no taxation or bureaucracy at all for start-up and small companies with a turnover under £100,000 and fewer than six full-time employees. We would love to see all the irritating regulations for business and enterprise reformed away forever by the Department of Business Enterprise and Regulatory Reform, now remodelled as the BIS.

While we are waiting, entrepreneurs are doing what we do best, which is finding clever and legal ways around the system. Many of us now run ‘virtual’ companies, using self-employed experts who come and go as required with minimal employment bureaucracy.

If we need help, we tend to talk to other entrepreneurs, rather than to government.

Government bodies set up to help business seem to vary wildly in the quality of the service they provide. Some are truly excellent, but others…

My advice to the government-backed entities that support entrepreneurs is to do rather little. There should be free events to inspire and encourage the 18 million people that surveys show are interested in starting a business to take that first step, operating a cash model in the early days.

As their businesses gain traction, there should be free networking events where they can meet other entrepreneurs for advice on how to grow. Help should also be provided in dealing with bureaucracy and form-filling, including securing government loans and grants where available.

I’m not a conspiracy theorist, and actually believe that governments usually mean well. But being used only to spending other people’s money, government has no idea how to appeal to those who generate it for a living. We entrepreneurs are highly motivated, and keen to create wealth for our country and ourselves. We would just like our government to let us get on with it.