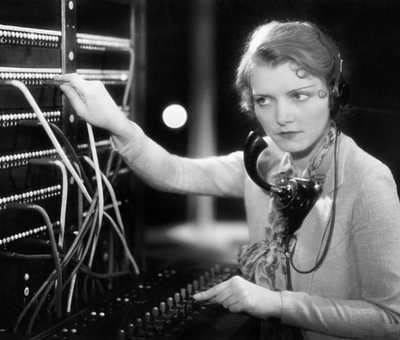 One of the advantages of working for a small company is that you do not have to worry too much about strategy.

Of course, you need a clear vision: where you want to get to go and how you plan to get there. But day-to-day you have to behave tactically, looking for opportunities and solutions wherever you find them, and you must also have the ability to move more nimbly than much larger competitors.

Mike Webb discovered this when he went to work for Vodafone, back in the 1980s when they had only a few hundred thousand subscribers. He had learned his trade during the boom times for the do-it-yourself industry as marketing director for Black & Decker, whose slogan was ‘tough tools for tough jobs’.

Webb had been successfully interviewed by Chris Gent at Vodafone, and was then ushered in to meet Gerry Whent, chief executive, with very strict instructions that he was not under any circumstances to mention two specific words: “strategy” and “consultants”.

Consultants are an easy target for satirists: clever but overpaid upstarts who have never done a real day’s work in their lives, charging enormous fees to tell you things that what you already know.

Webb’s view is that large organisations often hire them as an insurance policy. It must be the right approach: hire the cleverest people you can and pay them a fortune. This is, a variant of an expression popular in the computer industry: nobody ever got fired for buying from IBM.

At Vodafone they used a tactical business approach with great success.

Their biggest competitor was Cellnet, majority owned by BT and which was heavily reliant on external consultants. Cellnet would always get the best possible advice, and plan its strategy accordingly.

Vodafone would instead have a meeting on a Monday morning, see what Cellnet was up to, copy the best ideas and add any other short-term initiatives it thought would outflank it. Cellnet was constantly amazed by what it thought was Vodafone’s ability to second-guess its expensively-derived strategic planning. This tactical approach served Vodafone very well, until the company itself grew to such a level that its own bureaucracy increased and the consultants inevitably took over.

This seems to be the way of things. An organisation behaves in ways that reflect the its staff numbers. Anything up to 30 employees staff and the company is a tribe, with close communication and a real sense of common purpose. Between 30 and 50 employees, processes need to be put in place, often by experienced managers brought in from the outside, a difficult time for most start-ups.

There is another magic number, perhaps 150 employees, when the company is established enough to be acquired by a larger competitor or market entrant.

Finally, there is another stage, at between 500 and 1,000 people, when the systems take over and fast-moving entrepreneurship becomes more difficult.

Rigorous systems are vital to the survival of any organisation but are not to everyone’s taste, so it is common for early-stagers to then think about moving on to the next opportunity. In Webb’s case this was a number of different opportunities in the telecommunications space, all looking to take advantage of a market dislocation caused by technical innovation.

Webb is now chief executive of iHub which provides in-company telecommunications services. There is a convergence of fixed-line telephony and the internet, as demonstrated by the popularity of Skype or other voice over IP services. But many companies still have a PBX or other telecommunications server humming mysteriously away in the background, essentially another complex computer system providing a rich set of functionality, like conference calling, that nobody in the organisation really understands how to use. It offers instead a hosted service, that handles all the telecoms and provides a simple web-based user interface so that anyone can configure and use the system. It first tried and tested the system with small and medium-sized companies, showing both better telecommunications services as well as real bottom-line benefits such as cheaper call charges.

It is currently working on some strategic deals to bring the service into the mainstream, and will inevitably bump up against the major players. When it does, Webb and his team will do their best to tactically outmanoeuvre the opposition without a complex strategy and legions of expensive consultants.

As he learned at Vodafone, and even earlier at Black & Decker, the best approach for an early-stage business is to avoid expensive consultants and do it yourself.