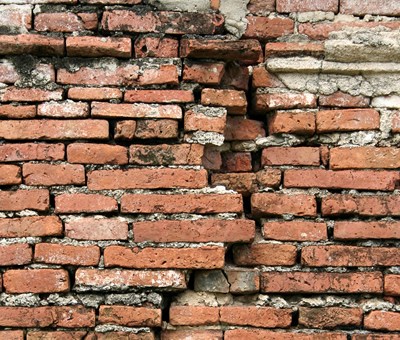 What happens when the cornerstones of a company begin to crumble?

I discussed this some years ago with Eric Edmeades, a self-made millionaire who runs programmes for business owners, budding authors and even people looking to put a new spark into their personal relationships. Eric has had his ups and downs, of course. After deciding that academia was not for him, he joined a start-up involved in barcode and data capture equipment but later fell out with the entrepreneur and set himself up in competition. I know exactly how he feels; I’ve been in exactly the same position myself, and also witnessed this phenomenon in many other start-ups.

I always explain to would-be entrepreneurs that it’s more about people than ideas, and it’s very important that they themselves have “the right stuff”. They need, above all, to be confident; there will be plenty of really clever people who will try and talk them out of starting a business. They should follow their gut instincts and believe absolutely that eventual success is assured, so long as they have charisma, energy and an appetite for hard work.

‘Cornerstones’ are the special term we use in our Beermat model to describe the most important people in the start-up business. They complement the entrepreneur’s vision and drive with practical skills, making sure the three main areas, sales, delivery and finance, are covered. We recommend strongly that, once they have proved their worth, cornerstones are given a stake in the business so that they have tangible as well as emotional ‘skin in the game’.

Successful entrepreneurs find it easy to attract potential cornerstones; early-stage success requires that they have the ability to attract customers, so finding people interested in sharing that success usually follows. The real problem is in retaining cornerstones.

The early days in a start-up are characterised by frantic work, euphoria, and many, many promises. There are not just promises to customers about delivery and quality but also promises to the cornerstones about future wealth and happiness: bonuses, stock options and even actual shares.

One of the most important jobs of the finance cornerstone or company mentor is to document all these promises. If not, these early promises will come back to haunt the entrepreneur, often in very distressing circumstances. As happened with Eric Edmeades, it’s quite common for the entrepreneur to fall out with their cornerstones, and given the tribal nature of start-ups, this can be very upsetting at a personal level.

Of course, it takes two to make a dispute, and it’s never entirely the fault of one party.

Like any divorce, there are counter-claims and mud-slinging, with many arguments about money, though this is the symptom of the problem rather than the root cause, the ‘sneeze’ as opposed to the ‘influenza’.

If you talk to the cornerstone, it’s all about the entrepreneur’s unreasonable behaviour, the problem of new people coming in being offered preferential status and better stock options, and a nostalgia for the ‘good old days’ when everyone knew what was going on, and they personally felt more loved and respected than they do now.

If you speak to the entrepreneur, on the other hand, you hear stories of the cornerstone no longer pulling their weight, of not understanding the wider picture and their own pressures ‘at the top’. The cornerstones should understand that things have moved on since those early, simpler days…

First port of call in this all-too-familiar scenario should be the company’s mentors, typically people who have been round the block several times and have seen it all before. They can moderate in a dispute between two aggrieved parties, ideally forming a consensus. This is of course a perfect world. Often, the only solution is a civilized divorce, ideally with generous terms for the cornerstone, as a mark of respect for the contribution they made in the early stages of the business, when success was by no means assured.

This didn’t happen for Eric Edmeades, who, in the end, felt compelled to leave his job and start his own venture. Now, years later, with his own company sold and his financial future secure, he expresses gratitude for the circumstances that lead to his own foray into the world of entrepreneurship. Now, he and his partner Elise run adventure seminars, build schools in Africa and inspire and empower entrepreneurs all over the world.

So the best advice I can give to embittered cornerstones is to follow Eric’s example and show that: “the best revenge is a happy life”.