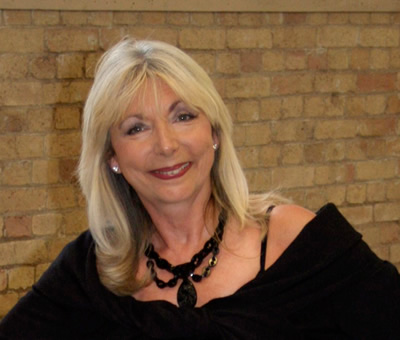 I’m sure many of you will recognise the quote ‘Carpe Diem’.

It was popularised in the film Dead Poets Society, where the inspirational teacher played by Robin Williams encourages his pupils to abandon conformity, ‘seize the day’ and fulfil their promise.

It is the perfect motto for the aspiring entrepreneur. What differentiates an entrepreneur from a normal person is their ability to spot a business opportunity and — this is the real crunch — to then actually go out and do something about it. Seize the day; don’t just sit around saying how nice it is.

Judy Naaké is a perfect example. Her father was an entrepreneur, so perhaps it was in her genes. However, her early working life was unremarkable; she sold jewellery and then was part of the promotions team for a cigarette company, although she never smoked herself. Later she ran a health club and worked front of house for her father’s restaurant.

This was not fulfilling enough, so during the day she became a sales agent for a skin care product. One day she came across St Tropez, an American tanning product, which had been turned down by everyone else. But Judy was convinced this product was a winner.

There had been other tanning products before, but all were difficult to apply and left streaks; this one avoided these twin pains (it was also well priced and had excellent packaging). Her only concern was that beauty salons might have worries about how to apply the product correctly.

Her brilliant idea was to offer self-tanning workshops for £25 on Sundays and Mondays, turning her product idea into a service. If nobody signed up, she would not run the workshops. To keep costs down, she made the delegates’ sandwiches herself the night before. Soon she was running them the length and breadth of the country.

The rest, as they say, is history. When she finally sold out the company was turning over upwards of £16 million.

I am sure Judy never anticipated that her business would develop from a £12,000 bank loan to a multi-million dollar business. Like most entrepreneurs, I expect she did little formal market research or bothered to spend hundreds of hours poring over spreadsheets; she just put some product in the boot of her car and got on with it.

Of course, she had the successful combination of being in the right place at the right time, and knowing how to make the best of that opportunity.

Celebrities flocked to her door; Judy has a dream client list which includes Victoria Beckham, Cat Deeley, Hermione Norris and Elle McPherson. This resulted in fantastic PR, which Judy regards as a significant driver for her success.

With a successful product business comes the need to develop indirect channels. For example, in the software industry there are dealers, distributors, resellers, value added resellers and master distributors. Judy now has an extensive retail network in Selfridges and Debenhams, as well as the traditional beauty salons.

The danger is that indirect channels can distance the entrepreneur from their customers, and I always advise start-ups to cherish a few early accounts and to continue to deal with them directly, however large you grow.

They gave you a chance when you were relatively unknown, so the least you should do is always return their phone calls personally. But they can also be your eyes and ears in the market, alerting you to competitors, especially those with innovative products.

But more importantly, they can act as your evangelists and might even become ‘mavens’, a Yiddish term popularised by Malcolm Gladwell in The Tipping Point. Mavens are people who have disproportionate influence on other members of their network.

Judy still deals with the A-List clients personally. Even if they are not able to provide a celebrity endorsement, they will certainly attract other pop stars, television presenters, actors and supermodels to St Tropez Tan.

So entrepreneurship, as aptly demonstrated by Judy Naaké, can be neatly summarised as ‘find an opportunity’, ‘harvest the day’ and ‘always provide excellent personal service to the key influencers in your market’.

If you are a big success, you might even leave a legacy and be remembered in the history books. I would rather be remembered as a successful entrepreneur than a Dead Poet.

Judy Naaké is best known for bringing the St Tropez self-tanning range to the UK and building the brand into the market leader within the UK through a combination of strong sales, marketing and PR.

Judy began in the humble surroundings of her father’s fruit shop, but even then showed signs of future success by demonstrating a keenness to sell! Following a hugely successful career in promotions, primarily with John Player Special, she moved into the beauty industry; the sector where she was eventually to make her name and leave her mark.

Key to the success of Decleor, Darphin and the hugely popular Australian Bodycare Tea Tree range, she expanded her business taking on the European distributorship for the then-unknown St Tropez. Several thousand tans later, she is widely recognised as one of the most successful entrepreneurs in the country. www.st-tropez.com