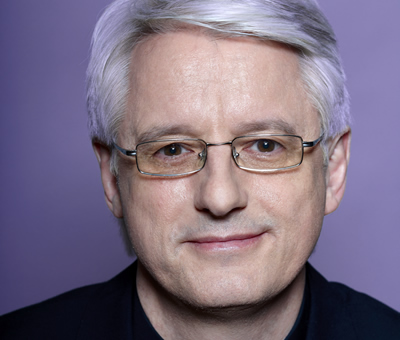 When the, now scrapped, tax rate of 50% for those earning over £150,000 was announced, it was followed by reports that some people, including some well-known entrepreneurs, were planning on leaving the UK.

What I found really disappointing was that some entrepreneurs revealed why they are in business; not for the thrill of being their own boss or the joy of making a difference to their staff, customers, industry or even planet. These entrepreneurs are only in it to make money for themselves, and they always think they need more.

The big question is, why? Are they unable to calculate how many boats they can actually water- ski behind? They are also unconcerned that they are generally despised for not having any kind of moral compass; especially as they are already surrounded by tax experts, so pay much less than the ‘little people’, anyway.

What goes around comes around, and their fate will be to uproot their family and live in miserable tax-exile status with other bitter people who put greed before happiness. Stackridge have a great song about this, The Old Country, on their new album A Victory for Common Sense.

I work almost exclusively with early stage entrepreneurs who dream of one day earning as much as £150,000 per year. By then, they will have a company of perhaps 20 people whom they love and a client list of good friends. This successful ‘boutique business’ will enable them to live the life they want, with children at private school (if that is their wish), a very small mortgage, a nice car and the ability to take two good well-deserved holidays a year.

They are unconcerned about tax rates — but are eagerly hoping for real government support of the only people who are going to get us out of this mess: the UK’s entrepreneurs. ‘Real support’ means a radical sweeping away of pointless laws and regulations, and a fairer deal on tax.

My budget policy would have been to completely abolish all taxation and all but the most basic regulation for companies with less than five employees or a turnover under £100,000.

This would provide the most fundamental and instant kick-start to the economy in recent times. It would attract foreign investment at astronomical rates. It would change the emphasis of our economy to entrepreneurship at a single stroke. It would also be tremendous fun for everyone concerned, both the companies and their customers.

My advice to government is that if you want a practical ‘last throw of the die’ you should set us entrepreneurs free to rebuild UK plc. We would do this in our own style, and not that of failed bankers, would-be tax exiles or faceless bureaucrats.

This isn’t as crazy as it might sound. If any politicians actually did this, we would definitely vote for them. And ‘we’ are a lot of people. We estimate there are over 18 million would-be entrepreneurs in the UK, and we all have votes.