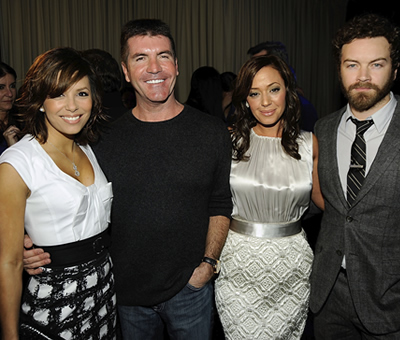 “Here’s the deal”, as Simon Cowell explained to the Britain’s Got Talent contestant who challenged him to get on stage and do better. Cowell explained politely that the deal was that they performed and he judged.

Cowell is a consummate ‘deal maker’, a vital part of any team. He is invariably assessing people who claim to have talent and have ideally also spent a long time developing it, perhaps the ten thousand hours advocated in Malcolm Gladwell’s book Outliers.

Cowell’s only focus is to work out which of these ‘mechanics’ have what it takes to be ‘stars’, popular enough to generate significant revenue. He sensibly does not do this himself; he leaves it entirely in the hands of the Great British Public, who will ultimately buy the tickets and records.

If contestants do get to the final, they would be advised to hire their own ‘deal maker’, such as a commercial lawyer, to look over the paperwork before they sign it. The contract will inevitably be one-sided in Cowell’s favour, but will represent a good deal for the contestant. They can either be on television, or return to their boring day job; it is their choice. Take it or leave it.

If they do achieve big success, they may conclude in retrospect that the deal was unfair, as I did with the first publishing deal I signed. But if you are successful you then have the platform to renegotiate later from a position of strength.

What is also essential is a fourth member of the team, an ‘accumulator’ who will make sure all the money coming in does not go straight out again, and the artist ends up penniless when their attraction to the public has waned.

This ‘accumulator’ is probably an accountant or lawyer, a structured and sensible person who will make good provision for their clients’ money. My advice is always to go for a ‘big name’ firm, who may seem to be expensive at the outset, but are much likely to give conservative advice and much less likely to run off with your money, as happened to Sting.

Becoming a long-term success in show business is therefore a team game, and is the same as the basic model for entrepreneurship. But just as I would never encourage a child of mine to go on Britain’s Got I would never recommend that one of the entrepreneurs that I mentor to go on the equivalent show, Dragon’s Den, but instead build their team first.

Key early-stage team members are the ‘mechanic’ and the ‘star’. There should be someone to deliver the product or service and someone else to charm customers, and elicit some revenue, often from people they know already. ‘Mechanics’ and ‘stars’ are very different but complimentary personalities: the ‘mechanic’ is essentially introverted and good at detail, the ‘star’ is extrovert and good at the big picture.

If you can generate revenue and deliver well, then you have the basis for a business; the next stage is to see if people you do not know personally will buy your products or services. If you can deliver successfully to this larger group of people you have the opportunity to scale your business, and should immediately seek help from a part-time ‘accumulator’ a local accountant, bookkeeper or even just someone good with a spreadsheet; they will ensure your organisation is profitable.

The show business equivalent of this sensible approach is not to go on a talent show, but to get yourself on the Internet and do some local shows to see if people will pay for your talent.

If you are a profitable local entrepreneur, a good local band or a popular self-published author, you will soon come to the attention of the big players. Perhaps you will be approached by a major record company, a mass-market publisher, or if you are an entrepreneur, by a major supermarket chain or multi-national software company interested in working with you.

After the initial euphoric, ‘get to know you’ meetings, you will find yourself in the same room as their teams of in-house lawyers to negotiate the all-important first contract. By then you will have some money in the bank and will be able to hire someone to negotiate on your behalf just as professional and accomplished at ‘deal making’ as the other side.

Perhaps you might even be able to afford someone as good as Simon Cowell.