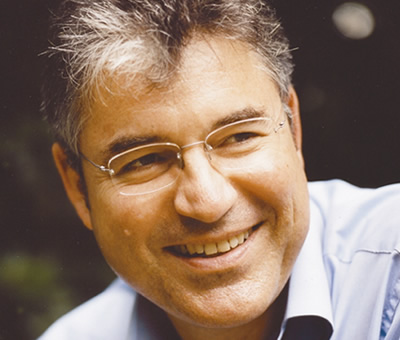 Many people are now starting web-based businesses, which are completely virtual.

They have no formal offices or even full-time staff. But there will always be a need for local services, which require fixed premises, such as restaurants, shops and bars.

Success in this field is difficult. First, there is the issue of location: you can be just one street away from that most highly desired commodity — ‘passing trade’ — and remain empty. Get that right, and you still have to out-execute the competition, which may already be operating a very similar establishment within walking distance. Finally, if you are successful you will want to replicate your model and scale your business, which brings a whole new set of problems.

Someone who recognised these challenges and successfully met them is Brendan Robinson, founder of the Village Vet. He arrived in the UK as a fresh-faced graduate of a top veterinary college in his native South Africa, and learnt his trade at the PDSA, the UK’s leading animal charity.

Brendan loved this experience, and reckons he did more animal surgery in his 18 months there than most vets do in a lifetime. He then found a suitable practice in Hampstead run by a vet who had one eye on his impending retirement. He became a partner, and soon bought out his colleague.

Brendan set about making the practice somewhere the local residents would feel comfortable in bringing their pets, so he furnished the place in the style of the homes in the area, with plenty of stripped pine and natural light. Then he removed the rather forbidding medical uniforms, replacing white coats with casual wear, and greeted all the customers and their pets with a friendly smile.

He puts his success down to being genuinely passionate about people and animals. People picked up this natural empathy; business was booming and he was soon looking for a second premises.

A second location is always an important milestone for any premises-based business; recording artists also talk about the ‘difficult second album’. Brendan sensibly found empty premises less than a mile away in Highgate, which was actually nearer for many of his customers, who were happy to switch.

Once the right systems are in place, the challenge is always finding people who are able and willing to deliver the proven formula. They must have the right technical qualifications and expertise, but just as important are the people skills; subject matter experts can often appear intimidating to customers. Scolding a customer for not bringing in their pet earlier is not the right way to treat a person already deeply distressed by their animal’s condition and suffering.

Brendan learned the hard way how to knock the rough edges off brilliant vets who lacked the right social and customer service skills. He achieved this through external training, backed up by regular internal discussions about best practice and shared experiences.

As well as expanding a simple but clear model, Brendan is a keen innovator. His ideas include installing a hydrotherapy pool for animals recovering from surgery and flying in an animal cardiologist from Belgium once a month.

The Village Vet is now a very successful chain with 16 practices in London and Cambridge, and 24-hour hospitals in each location. Regular customers benefit from a Pet Privilege loyalty scheme and they are about to launch their own pet insurance scheme.

Brendan Robinson is an advocate of small, local medical care, and thinks this approach would work well for the NHS as an alternative to big, centralised hospitals which try to be all things to all people. Virgin Healthcare will soon be launched to do exactly this; they would do well to model the success of the Village Vet.

Brendan Robinson was born in Cape Town and qualified as a vet in Onderstepoort in South Africa. He arrived in the UK in January 1984 and purchased Belsize Park Vet Surgery on 1st October 1989. He built up a veterinary group of 16 practices and two 24-hour hospitals over the next 20 years, setting up six surgeries and purchasing nine others. www.villagevet.co.uk