All You Need Is Gumption 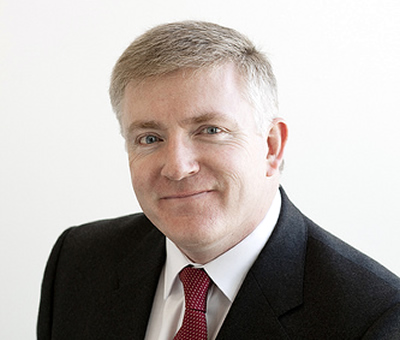 In my experience, entrepreneurs tend to fall into two categories.

Some are attracted by the opportunity of starting their own business but are later unable or unwilling to actually make it happen. Others have ‘gumption’, defined as initiative, resourcefulness and courage, all typical attributes of the successful entrepreneur.

I first met Mark Prisk at an event several years ago when he was Shadow Minister for Small Business. As a former entrepreneur, he clearly understood the issues we face and at the time said all the right things about reducing red tape and encouraging enterprise.

I was pleased to note that within the first 100 days of his taking office in the new administration as Minister for Business and Enterprise the government had the gumption to overhaul the Regional Development Agencies and Business Links.

Few entrepreneurs have mourned the passing of these government agencies, considering them to be overly bureaucratic and largely filled with people unqualified to provide advice to entrepreneurs. There has also been considerable anger about the revelation that the Business Link web site had cost £105 million over 3 years. For that amount of money a halfway decent entrepreneur could have built another eBay or Facebook.

The new government strategy is the formation of Local Enterprise Partnerships (LEPs). Prisk explained to me that he felt that entrepreneurs would be best served by people in their local area, and they should decide on their own geographical remit, rather than have it imposed on them by central government.

The first 57 proposals for LEPs have been received and the list of applicants makes very interesting reading. I was fascinated to learn that Aylesbury Vale had decided to partner with Milton Keynes, Central Bedfordshire, Luton, Northampton Borough, Bicester, Banbury, Daventry, Corby and others to form a South East Midlands LEP.

Andrew Grant, Chief Executive of Aylesbury Vale District Council explained to me that they had more to gain by being aligned with these partners rather than grouped into the South East region, as they were under the old structure. They are also delighted to have been chosen to be the new headquarters of Peter Jones’ National Enterprise Academy (NEA).

Another local authority showing similar gumption is Sheffield City Council. Chief Executive John Mothersole told me that, like entrepreneurship itself, it was all about having the confidence to make the very first step. Forming the LEP was an easy decision, and that they had already set the wheels in motion to establish Sheffield as one of the UK’s prime locations for entrepreneurs by running the MADE Festival earlier this month.

The MADE Festival featured the official launch of the third NEA in Sheffield College’s purpose-built new building, a keynote presentation from Wilfred Emmanuel-Jones, The Black Farmer, Rachel Bridge explaining how to make a million before lunch, and a two-day workshop by Doug Richard showing how to build a web-based business from scratch.

The MADE Festival was sufficiently high profile to attract not only Mark Prisk, but also Secretary of State for Business, Innovation and Skills, Vince Cable. He told me that the LEPs would be a key element of the government’s plans to encourage the UK’s entrepreneurs to innovate the country out of the recession.

The submissions for LEPs will be evaluated and their activities monitored over the coming months, against a backdrop of little or no central government financial support in the short term.

My guess is that local authorities like Aylesbury Vale and Sheffield who mirror the style of their own successful entrepreneurs and show the most gumption, will be the ones to benefit most from government largesse in the future.