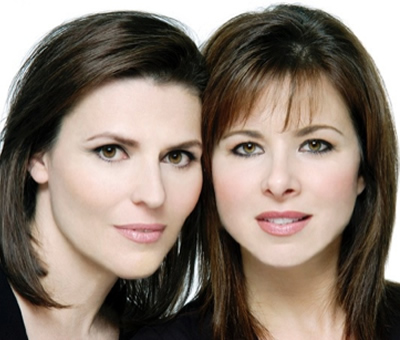 We are all familiar with the great double acts in popular culture.

Great examples include Morecambe and Wise, Lennon and McCartney, even Del-Boy and Rodney; complementary characters who play off each other’s strengths so that the ‘whole’ of their co-operative venture is greater than the sum of its parts.

This is a very successful model, and I always advise that entrepreneurs looking to develop beyond being a sole trader should find a ‘foil’, someone who shares the vision but who has a complementary set of business skills.

This should be someone with whom who they immediately click, sharing common views on Life, The Universe and Everything, as illustrated by creator Douglas Adams and John Lloyd, producer of the original radio version of The Hitchhiker’s Guide to the Galaxy.

At the same time, the double act should ideally feature complementary personalities; if one is extrovert, the other should be introvert; someone good at starting things should find an expert finisher; if you are no good with figures find someone who is.

A common division of labour in a double act is for one person to drum up the vital early sales and the other to concentrate on delivering the product or service. But as the company develops the edges get blurred, and successful partnerships develop a more in-depth understanding, where both find themselves able to do the other person’s job when required.

This is perfectly illustrated by Lindsey Walker and Shelley-Anne Salisbury, the team behind the very successful ‘Linziclip’. This is a revolutionary new hair clip which, due to its patented advanced gripping mechanism and two-spring device, camouflages and hides the inner workings of the old style butterfly clip whilst holding the hair more effectively.

Lindsey may have an inventor’s DNA; her grandfather invented an insulating blanket for aero engines in the First World War. One of her first inventions was a fabulous hairpiece, but, like many inventors, she found herself being copied and her patent infringed but did not have the expertise to pursue the matter through the courts.

She then had a chance meeting with Shelley-Anne, a successful corporate lawyer. Their partnership developed as they discussed something that annoyed them both: butterfly clips that were both ungainly and uncomfortable. Several prototypes were made in the Blue Peter style from toilet rolls and glitter, and they eventually developed the Linziclip, which was immediately patented as widely as possible.

It took a little while to establish credibility, especially with manufacturers in India who were expecting a Mr Walker and a Mr Salisbury. But the invention was neat and practicable, and they had the business skills to develop it from prototype into final manufacture. Linziclips are now available in 17 countries, including over 20,000 outlets in the USA.

When talking to Lindsey and Shelley-Anne, it is impossible to pigeonhole one or either of them into any particular business category. Both are equally adept at any aspect of the business, be it improving the design of the Linziclips or protecting their intellectual property.

They seem telepathic almost to the point of completing each other’s sentences, and while they have robust discussions about how to develop the business, they always seem to find a resolution, as they share such a common vision for its direction.

The message for entrepreneurs is that the success of your business is not just about the merits of your idea; it is about your ability to find this ‘foil’, someone who can help you turn your good idea into a great business. As challenges arise, a problem shared is a problem more than halved, and, as opportunities develop, you can study them together and decide if they are right for your business.

There is also something to be learned from the great show business double acts. Morecambe and Wise were successful because of their extraordinary comedic skills and personal chemistry on stage, even though they rarely met socially. But if a business opportunity arose, they would turn it down unless both of them felt comfortable with the deal – excellent advice for business double acts.

After meeting at a party and realising that they had a meeting of minds, Shelley-Anne Salisbury and Lindsey Walker joined forces and set up Linshell Innovations Ltd. Following a ‘eureka’ moment while they were trying to pin back their hair with a butterfly clip, they set about completely re-inventing this traditional clamp or claw clip which is worn by almost everyone with long hair.

The Linziclip® is now sold in 17 countries worldwide. In the US and Canada, the Linziclip® is available in 20,000 stores such as RiteAid, CVS, Walgreens and Sally Beauty. Other retail outlets selling the Linziclip® around the world include Boots, Claire’s Accessories, AS Watson, Ahold and Schlecker.